The United Kingdom was the first on Tuesday to impose sanctions directly against Russia after President Vladimir Putin ordered troops into eastern Ukraine to perform what he said would be “peacekeeping functions,” following a ceremony in which he formally recognized the independence of Ukraine’s breakaway Donetsk and Luhansk regions.

The Russians Are Coming: Putin Orders Troops into Rogue Districts in Eastern Ukraine

The Russian president said in a long, aggrieved address that Ukraine had “no real right to exist as a sovereign, independent” nation. “Modern-day Ukraine was in full and in whole created by Russia — Bolshevik, Communist Russia to be precise,” he claimed.

Putin’s assertion further intensified fears that Russia would not stop at Donetsk and Luhansk but might be intent on swallowing Ukraine in its entirety.

Rossiya, US Bank, General Bank, Promsvyazbank and the Black Sea Bank were all targeted by the measures, as were Gennady Timchenko, Boris Rotenberg and Igor Rotenberg.

Under the sanctions, the UK assets of all three targeted individuals will be frozen, and they will be banned from traveling to Britain. In addition, all UK individuals and entities are to be barred from any dealings with those targeted by the sanctions.

“We will continue to seek a diplomatic solution until the last possible moment, but we have to face the possibility that none of our messages have been heeded and that Putin is implacably determined to go further in subjugating and tormenting Ukraine,” Johnson said.

“We hold further sanctions at readiness to be deployed alongside the United States and the European Union if the situation escalates still further,” Johnson warned.

“We want to stop Russian companies from being able to raise funds in Sterling or indeed in dollars. . . We want them to stop raising funds on U.K. markets and we want to strip away the veil that conceals the ownership of property in this country and indeed throughout the West. The measures that we have prepared are much, much tougher still and we will have absolutely no hesitation in implementing them,” he said.

Germany Halts Nord Stream 2 Certification
In accordance with a prior warning to Russia, on Tuesday Germany formally halted the certification of the Nord Stream 2 gas pipeline that was to transport natural gas from Russia to Europe.

The $11 billion pipeline project would have doubled the flow of Russian gas directly to Germany, which obtains half its gas from Russia.

Construction on the pipeline was completed last September, but operations have not yet begun, pending certification by Germany and the European Union.

No other direct sanctions were imposed by Germany on Russia or the two breakaway regions in eastern Ukraine.

German Chancellor Olaf Scholz has issued an order to halt the process of certifying the Nord Stream 2 gas pipeline. Well. Welcome to the brave new world where Europeans are very soon going to pay €2.000 for 1.000 cubic meters of natural gas!

“German Chancellor Olaf Scholz has issued an order to halt the process of certifying the Nord Stream 2 gas pipeline,” he tweeted Tuesday in both English and German.

“Well. Welcome to the brave new world where Europeans are very soon going to pay 2,000 euros for 1.000 cubic meter of natural gas!” he wrote.

Earlier in the day, the presidents of the European Commission and the European Council said the EU has prepared and “stands ready to adopt additional measures” at a later stage “if needed in light of further developments.”

The measures are intended to target those who were involved in Russia’s decision to recognize the LPR and DPR as independent entities and the order to send forces into the eastern Ukraine regions.

EU sanctions will target the banks that are financing Russian military and other operations in those territories, in addition to aiming at the ability of the Russian state and government to access EU capital and financial markets and services.

The EU said it also plans to crack down on imports and exports from Donetsk and Luhansk. In total, as many as 351 members of the Russian Duma (parliament) plus the individuals and businesses linked to Russia’s activities in the Donbas, Financial Times reported.

US Calls Entry of Russian Troops ‘Invasion’ of Ukraine
US President Joe Biden signed an Executive Order on Monday that White House Press Secretary Jen Psaki said would “prohibit new investment, trade, and financing by US persons to, from, or in the so-called DNR and LNR regions of Ukraine.”

No direct sanctions were imposed on Russian individuals or entities, per se. However, that could change shortly.

The Biden Administration abandoned its cautious tone on Tuesday following the entry of Russian troops into eastern Ukraine, calling the movement “an invasion.”

Two administration officials told NBC News on Tuesday that the change in language followed an assessment of Russia’s actions on the ground in Ukraine.

Use of the term “invasion” enables the activation of additional new sanctions.

National Security Adviser Jake Sullivan quoted the president earlier this month in an interview with NBC’s “Meet the Press” as saying that if a Russian tank or soldier moved across the border, “that’s an invasion.”

US Ambassador to the United Nations, Linda Thomas-Greenfield, told reporters following a rare late-night emergency session of the United Nations Security Council, requested by Ukraine, that Monday’s response by the US was only the beginning.

“”Tomorrow, the United States will impose sanctions on Russia for this clear violation of international law and Ukraine sovereignty and territorial integrity, the US ambassador promised.

As for Putin’s claim that he was sending “peacekeeping” forces into eastern Ukraine, Thomas-Greenfield said, “This is nonsense. We know what they really are.”

She added that the US and its NATO allies “can, will, and must stand united in our calls for Russia to withdraw its forces, return to the diplomatic table and work toward peace.”

Biden Administration officials said the US is coordinating with its allies on a package of additional, new sanctions against Russia.

Russian Forces in Eastern Ukraine
Russian tanks and armored vehicles were spotted overnight on the outskirts of Donetsk. During the day on Tuesday the Luhansk power station in Schastia was hit by a shell and burst into flames.

Local sources reported that several shells landed in residential areas of the city, but it was not immediately clear who was behind the shelling.

Hours earlier, Ukraine’s military reported that two of its soldiers were killed and 12 more had been wounded in the past 24 hours in shelling by Russian-backed separatists in eastern Ukraine. 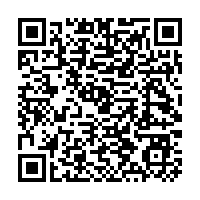