U.S. Ambassador to Israel David Friedman arrived late Monday afternoon to begin his tour of duty in the Jewish State, and headed directly to the Western Wall in Jerusalem to pray before doing anything else.

Friedman officially takes up his position as America’s representative to the Holy Land on Tuesday. It is believed that he will work from a U.S.-owned building in Jerusalem most of the time, although the exact details of where and how the ambassador will carry out his duties have not been worked out. 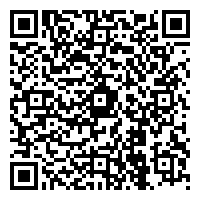