A U.S. delegation visiting the Bethlehem Chamber of Commerce and Industry on Tuesday afternoon was attacked by a group of Arab extremist demonstrators later in the day, and forced to flee.

According to Chamber president Samir Hazboun, the delegation had brought with them an independent expert to conduct a workshop on digital marketing, when the event was disrupted by the protesters. The training session was being held for local business people to upgrade their skills in digital commerce.

“We hosted an American expert on this issue,” Hazboun told Reuters. “Some people who have been trying to express their point of view and protest the American decision regarding Jerusalem and the political situation . . . interrupted the workshop and we stopped the workshop,” he said.

They entered the room, and “expelled” the U.S. delegation from the room, pushing and shoving the diplomats out the door of the building. They physically attacked the U.S. Consulate vehicles into which the diplomats fled, throwing eggs and tomatoes at the cars, kicking doors, hitting the vehicles with hands and feet and ripping the plastic casing off a side window.

The demonstrators, who spent the afternoon standing in front of the building protesting the presence of the Americans in the Palestinian Authority,brandished signs calling for the “execution of those who conspire on Palestinian refugees’ right of return” and saying “Zionism = Nazisim = facism, USA = ISIS = Terror”

One of the protesters quoted by the Palestine News Network (PNN), a member of the Popular Resistance faction called Ahmed, said the attack was a “message” to the “arrogant American administration.”

In the nearby Aida “refugee camp” run by the United Nations Relief and Works Agency (UNRWA), Palestinian Authority citizens had carried out a court-martial and execution of effigies of U.S. President Donald Trump and Vice President Mike Pence scant hours earlier.

1/2 Bethlehem Demonstration: Effigies of Trump and Pence “Executed” and Torched in Protest of U.S. Freeze on UNRWA Funding pic.twitter.com/hQY4eQQaZT

Gatestone Institute commentator Bassam Tawil noted that the participation of members of the Palestinian Authority’s leading Fatah faction in the “trial” and “execution” means the incitement was a “green light” for physical attacks on Americans.

“This incitement against the U.S. should come as a surprise to no one,” Tawil wrote. “The activists — who are burning photos and effigies of Trump and Pence and American flags — listen with rapt attention to the anti-American rhetoric coming from Palestinian Authority leaders. Trump and Pence are vilified on a daily basis by Palestinian leaders and media outlets.

“Most importantly, this is not only a show of disrespect towards the US and its leaders: it is in fact a call for terrorism against American citizens. In the world of the Palestinians, any world leader who does not hate Israel or dares to challenge the Palestinian narrative is defined as the enemy.” 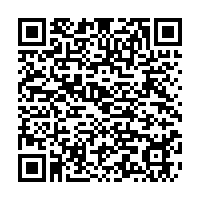