The Department of Homeland Security is offering security assessments to Jewish Community Centers around the United States in response to the uptick in anti-Semitic attacks around the country.

In addition, DHS personnel are also training Jewish community members on how to handle bomb threats and active shooters in the event that such a situation arises.


Although the country is politically divided, when it comes to the waves of bomb threats aimed at JCCs and vandalism at Jewish cemeteries that left hundreds of headstones damaged, President Donald Trump noted in his speech to the Congress earlier this week, “We are united in condemning hate and evil in all of its very ugly forms.”

There have been five waves of bomb threats against Jewish community centers across the United States and in some parts of Canada — at least 90 threats called into JCCs to date, including those in the fifth wave this past Monday.

Hundreds of headstones were damaged in anti-Semitic vandalism at Jewish cemeteries over the past two weeks in St. Louis, Missouri, and in Philadelphia, Pennsylvania. This week, five headstones were also knocked over in a Jewish cemetery in northern Rochester, New York.
“To our friends in the Jewish community, We — both the Republicans and the Democrats in the Congress — we stand with you. We got to root out this evil wherever it is found,” said House Speaker Paul Ryan in his weekly news conference on Thursday morning at Capitol Hill.

“The Department of Homeland Security is offering concrete help at a time when our JCCs need to hear that the federal government is prioritizing our security,” said David Posner, director of strategic performance at the JCC Association of North America.

“DHS has promised that its protective security advisers, stationed in all 50 states, will be in contact with JCCs within the next week, offering their expertise on protective measures, threat reporting and security awareness. We look forward to working with DHS through this unparalleled level of assistance, which comes as very welcome at an extraordinarily stressful time for JCCs and the diverse communities they serve. We again thank Secretary [John] Kelly and DHS,” he added. 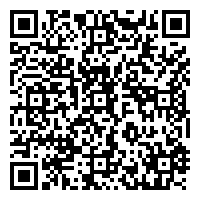