Speaking to reporters Monday afternoon, State Department Spokesperson Ned Price was asked, “Can you say where we are on Iran talks?”

Price responded: “Where we are on Iran talks? Clearly – and you heard me say this last week – there has been significant progress in recent days that I think it is fair to say, and you’ve heard this from our allies and partners, that we are at a decisive moment. And I think you all saw the reports that the Iranian negotiator went back to Tehran, only recently returned to Vienna. So, I would expect we will have additional clarity in the coming days, and we will need to have additional clarity in the coming days given that we are at this decisive, consequential moment, knowing that Tehran’s nuclear advancements will soon render the nonproliferation benefits that the JCPOA conveyed essentially meaningless before too long.”


At which point the same reporter asked: “So, just one thing on that … Iran also said there are three main unresolved issues and they’re still really important. So, you’re saying that this week is critical. You guys have said that for a while now. But are you prepared to walk away if those issues are not resolved by the end of the week?”

Good question. This is what Price said in response: “We are prepared to walk away if Iran … displays an intransigence to making progress.”

The spokesperson then continued: “But let me be clear that walking away won’t mean leaving the status quo. We have talked about the alternatives, at least in general terms, the alternatives that we have developed, and we are prepared to pursue together with our allies and partners if the Iranians are unwilling to engage in good faith in a constructive way on the remaining outstanding issues.”

Which sounded almost as if the US is prepared to make good on its threat that if the Iranians continue to make trouble, there are other, more direct means of shutting down their nuclear weapons program.

Iran came back with a quick rebuttal on Tuesday. Foreign Ministry spokesman Saeed Khatibzadeh tweeted: “The US has already ‘walked away’ from JCPOA. We must make sure it won’t happen again. Everyone has its own plan B, though the US has proven hollow. Blusters & bluffs have/will not work. Decisions do.”

Khatibzadeh added: “A deal is at hand if the White House makes up its mind. Iran is willing, but will not wait forever.”

Iran’s Foreign Minister Hossein Amirabdollahian said on Monday that the Vienna talks on the removal of anti-Iran sanctions have not reached a conclusion yet and it is time for the US to make its “difficult decision.”

Opposition leader Benjamin Netanyahu on Monday referred to the agreement being formed in Vienna, saying: “The State of Israel must continue on the solid path we have walked on and not on the path of obedience and subservience that this government is following. Had the government fought against Iran, it would have received backing and support from us, as I did with Sharon and Olmert. But Bennett and Lapid are not doing anything while soon there will be a return to the dangerous nuclear deal that will threaten our future.”

The problem is, Netanyahu never persuaded the Democratic administration, under Obama or Biden, that his way was the right way. If he had, they would not have been sitting in Vienna today. But wait, he said more: “Israel has the ability to deny Iran nuclear weapons. Israel must vehemently oppose the dangerous nuclear deal and prevent Iran from acquiring nuclear weapons at all costs.”

There’s only one way to carry that one out – by attacking Iran’s nuclear facilities. Not sabotaging them, actually destroying them. This cannot be done without American approval, and Netanyahu, too, will not receive it, should he return to the helm someday.

But Netanyahu insisted: “This is the most important issue that needs to concern the Israeli government these days before this bad agreement is signed.” And he wailed: “There is no government in Israel these days.” 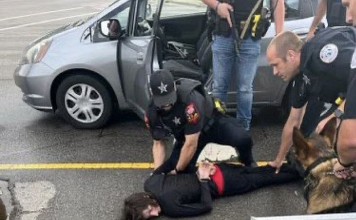 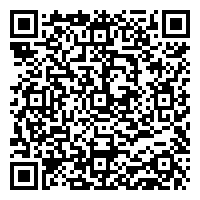