The US Department of Defense on Tuesday said it was planning to ask Congress to provide additional funds for “Iron Dome” short-range missile shields for Israel, based on their success in intercepting rockets launched from the Gaza strip in mid-March.


“Supporting the security of the State of Israel is a top priority of President Obama and Secretary Panetta. The United States has previously provided $205 million in support of Israel’s Iron Dome short-range rocket and mortar defense system. During the rocket attacks earlier this month, the Iron Dome system played a critical role in Israel’s security. When nearly 300 rockets and mortars were fired at southern Israel, Iron Dome intercepted over 80 percent of the targets it engaged, saving many civilian lives.

“The Department of Defense has been in conversations with the Government of Israel about U.S. support for the acquisition of additional Iron Dome systems and intends to request an appropriate level of funding from Congress to support such acquisitions based on Israeli requirements and production capacity.”

Pentagon spokesman George Little added that the “Supporting the security of the State of Israel is a top priority of President Obama and Secretary Panetta.”

Earlier, while at a nuclear security in Seoul, President Barack Obama was overheard saying to Russia’s president Dmitry Medvedev that he would have to wait until after his re-election to address the difficult issue of global missile defense. Obama told Medvedev that after the election he would have more “flexibility.” The comments were picked up by a live microphone.

Now the Wall Street Journal is suggesting that one day after the president drew fire for his missile-defense remarks, “the administration is winning points from some Israel supporters after the Pentagon threw its support Tuesday behind new funding for an Israeli defensive system that recently countered barrage of rockets” from Palestinian terrorists.

According to Defense News, “US and Israeli sources estimated that the request to Congress could exceed $500 million to cover production of up to 10 additional batteries.”

The same website also reported that preliminary discussions were held in Washington last week between a senior Israeli Ministry of Defense representative and officials from the Office of the Secretary of Defense. An itemized request is expected to be presented by Israel to the Pentagon in the coming days, sources from both countries told Defense News

The statement suggests both the “Iron Dome” and “TROPHY” (an active defense system currently mounted on Merkava-4 MBT’s) added to the company’s profits after they became battle-proven in 2011, and will be offered to international markets.

The US government’s endorsement drew praise from Rep. Howard Berman (D., Calif.), the author of the Iron Dome Support Act, a new bill that would help support the deployment of more Iron Dome batteries. Berman told the WSJ: “Iron Dome is a game changer. The threats Israel faces from incoming, indiscriminate terrorist rocket attacks are countered by this cutting edge anti-missile system. Iron Dome is fundamentally shifting political, diplomatic and military realities on the ground, while saving lives of innocent Israelis. Today’s statement is a further step in the right direction.” 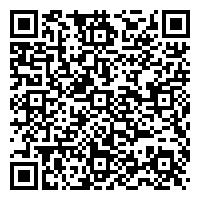