The man known as the ‘Imam of Peace,’ a Muslim cleric residing in Australia who likely has a hefty price on his head by now, made a firm stand against anti-Semitism on Monday in a video filmed in front of the Auschwitz concentration camp, which has since gone viral across social media. Standing in front of the gates to the camp wearing a black tee shirt with #WeRemember emblazoned in white on his chest, Imam Mohamad Tawhidi tweeted that he was “proud to be the first *Shia* Muslim Imam to pay his respects at Auschwitz.”

In the video, Tawhidi attacked newly-installed U.S. Representatives Rashida Tlaib and Ilhan Omar, both Muslims who have made clear their anti-Israel and anti-Semitic leanings in recent statements. Tawhidi pointed out that the American government is hardly the appropriate forum for such vicious attitudes, let alone expressions of hate.

The US Congress should be focusing on serving US citizens. It should not be a platform for Rashida Tlaib and Ilhan Omar to promote hatred against the Jewish people. My message from Auschwitz! pic.twitter.com/y7wiBCIcmR

Greetings and peace be upon you all.
My name is Imam Tawhidi.
I am here to take a stand against anti-Semitism.

I am in Auschwitz, in Poland.
This is where millions of Jews were killed. Part of the Holocaust.
This is just one of the areas that the horrific crimes took place.

I’ve just come back from the first place we visited.
It’s very important that the message goes out, that this never happens again. That the atmosphere for this is never created again. That we do not pave the way for these crimes to happen again.

And if there’s a specific message and a particular message that I would like to get out from this visit, it’s that the American Congress should be focusing on serving the American people. It should not be a platform for Islamist members of the American government to preach their hate against the Jewish people.

The Jewish people will remain a minority and have remained a minority. If this situation continues then this minority will be persecuted once again, and we need to make sure that this never happens.

It is very sad to see what is happening within the American government; people like Rashida Tlaib and Ilhan Omar, absolute frauds and Islamists, promoting hatred against the Jewish people. Ilan does not believe that the Jewish people or the Jewish nation has the right to exist. Shame on her! And shame on those who voted for her and are staying silent.

We should do everything we can to promote peace, and make sure that the American government does not allow these people that platform.

Raise your voices against hatred. Become people who love. I never thought that I would come here and pay my respects. I was someone who hated the Jews and that Jewish nation.

It’s time we woke up and became human beings for real. 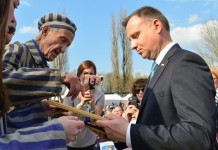 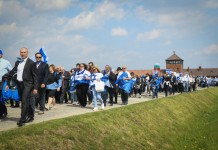 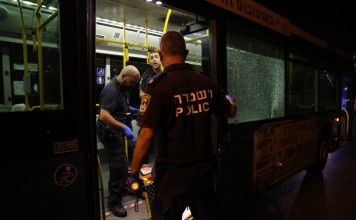