In contrast, the U.S. statement noted Israel’s sovereign right to defend itself:

The United States condemns in the strongest terms today’s rocket attacks into Israel by terrorists from the Gaza Strip. It is reprehensible that dozens of rockets have been fired today alone. There is no justification for such attacks. We call for these terrorist attacks to cease immediately. Israel, like any nation, has a right to defend itself.

Ban noted that the terrorist group Islamic Jihad had claimed credit for the attacks.

“The Secretary-General strongly condemns the multiple rocket attacks today on Israel from Gaza, for which Islamic Jihad has claimed responsibility,” Ban’s press office said in a statement issued by his New York office.

“While reports of damage and injuries are still being ascertained, Secretary-General deplores the severe escalation of violence,” it said. “He urges all actors to exercise maximum restraint to prevent further incidents that could bring greater escalation and destabilization in the region.” 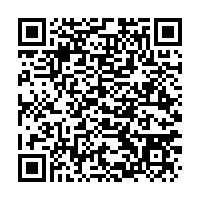