Six people were wounded and 10 were arrested at a Beit Shemesh construction site Monday when violent Arab guards beat Haredi extremists who broke into a construction site where the Haredim claim Jewish graves are being desecrated.

The guards blocked medics from treating the injured, one paramedic said.


One of the construction site’s project managers is Aryeh Golobinzitz, who is Haredi from Jerusalem and who previously has been beaten up by members of the extremist Atra Kadisha sect. Police detained Golobinzitz and another manager for questioning, along with six security guards and two Haredim.

The protesters broke into the site, and the guards beat them, and one of the victims claimed he was hit with a metal rod during the brawl, which is only the latest of several clashes. Police arrested more than two dozen people last month after hundreds of  Haredi extremists blocked roads and set fires.

In the spirit of the Days of Awe and Repentance, rabbis from Atra Kadisha and from the opposing Edat Haredim community agreed that an inspector from Bnei Brak would be present at the site to make sure no Jewish graves are desecrated.

The agreement lasted as long as Rosh HaShanah and the Fast of Gedaliah, the day afterwards.

On Monday, five days before Yom Kippur, the agreement was as worth as much as the Rosh HaShanah vows to be law abiding Jews reaching out to each other with love and understanding.

On Yom Kippur, which falls on Shabbat this year, there probably will not be any protests, but nothing is certain. 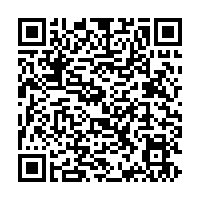