In a Wall Street Journal-NBC 4 New York-Marist poll taken on Sunday, September 8, of New Yorkers about who they will select as their next mayor, there is a message for Anthony Weiner: You are toast.


Tuesday’s primary looks to be a cakewalk for Bill De Blasio who has the support of 36 percent of Democrats who are likely to vote.  According to the poll, de Blasio is leading among women, blacks, whites, Latinos, Jews, Catholics and in each of the city’s five boroughs.

In a tie for second and third places are Christine Quinn – the speaker of the New York City Council – who was in the lead for most of the race, and Bill Thompson, a former city comptroller.  Quinn and Thompson each polled at about 20 percent.

In fourth is disgraced former congressman Anthony Weiner, who had been polling at the top until word was released that Weiner continued sending sexually provocative texts to women not his wife even after he was forced to resign from congress for that same misbehavior. Weiner came out in the poll with support from seven percent of likely New York City voters, and former city comptroller John Liu is in last place with 5 percent.

But in the video at the end of this article, you can get a peek at an interview Weiner did for NBC’s Meet the Press which will air on Monday, September 9, in which Weiner said he still believes he will be the next mayor of New York City.

Speaking of former New York state politicians who had to leave their high-powered positions because of sex scandals, former Gov. Eliot Spitzer is actually in a close race with his opponent.

Spitzer held a sizable lead over Manhattan borough president Scott Stringer for most of the race.  But according to Sunday’s poll, the two are virtually neck and neck, with Spitzer at 47 percent and Stringer with 45 percent, which is within the margin of error.

And here’s that clip from NBCNews.com in which Anthony Weiner tells NBC’s Savannah Guthrie that he will be New York City’s next mayor:

Can Israel Close the Tomb of the Patriarchs? 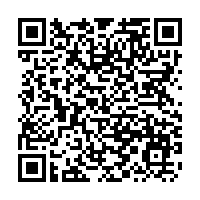