Anthony Weiner played the “Nazi card” to run down New York City’s “stop and frisk” policy, but he violated an unwritten political law not to invoke Nazi policies in unrelated issues.

The so-far unstoppable Weiner campaigned in Staten Island Sunday and spoke to black congregants at a church, where he said, “Last year, more than 700,000 in New York were stopped — the overwhelming majority of them were young men of color. Ninety-seven percent of them did nothing wrong…. Well, you can have 100 percent statistical reduction in crime if you stop everybody.


“You could have 1938 Germany, because everyone has to show their papers.”

That was one step over the red line for some Jews.

State Sen. Simcha Felder, who represents largely Orthodox communities in South Brooklyn, was quoted by the New York Post as saying, “His comments were shocking and disgraceful . . . [and] he should apologize. Anyone who uses the Holocaust frivolously diminishes the tragedy that occurred. Weiner clearly stepped over the line.”

Weiner is on a hot streak in the polls, with the latest Quinnipiac University survey giving him a three-point lead over City Council Speaker Christine Quinn.

Although the lead is small, it continues a trend in favor of Weiner, who scored a surprising virtual tie with Quinn in the previous poll.

Jewish Press correspondent,Jacob Kornbluh writing on an election blog this week, quoted the Guardian’s Harry Enten as writing, “For the first time in the campaign, one can easily paint a picture that would have Weiner winning both the primary and the runoff. Weiner leads by 25% to 22% over in the Quinnipiac survey released on Monday.

“It’s not the top line, however, that should make Weiner smile. It’s the fact that Quinn is in her weakest position yet against Weiner for the runoff, which will be held if no candidate reaches a threshold of 40% in the first round….

“I would guess that Weiner is probably ahead in a runoff against an opponent who is actually more disliked than he is.”

And then came the Nazi statement, which was made one day after George Zimmerman was acquitted of shooting and killing black teenage Trayvon Martin.

Weiner’s spokeswoman Barbara Morgan went on the defensive and said, “The context of the reference was the argument made by some that stopping innocent citizens was an acceptable cost for public safety. He clearly was not equating 1938 Nazi Germany to New York City.”

Weiner has gotten away with a lot in this campaign. He has skillfully dealt with the sexting scandal.

He has come out four-square against calling Israel an occupier, a popular stand with most Orthodox Jewish voters and hardly an issue that matters in New York City day-to-day operations.

But his fast mouth may have gone into one gear too high by invoking the Nazis into the election.

Politicians have learned the hard way that playing the Nazi card does not work with local issues, such as the ”stop and frisk” policy. 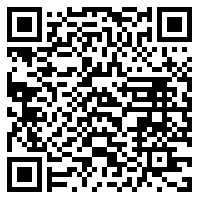