After refusing to sell Israel new planes for several years, mostly for fear that Israel would turn around and go bomb Iran with them, the White House now agreed in principle to let Israel buy the Boeing KC-46A Pegasus, using the US security assistance package. According to Walla, the Dept. of Defense initially offered Israel to purchase older models, to make room on its shelves for the new merchandize, but Israel refused, and started spreading hints that if Obama won’t give her what she needs, she can always get it from the next tenant in 1600 Pennsylvania Ave. So last month the Americans gave in.

The Boeing KC-46A Pegasus is a wide-body, multi-mission tanker aircraft with a cargo deck above the refueling system, which can accommodate a mixed load of 40 passengers and patients as well as cargo. The tanker can be refueled by another tanker in mid-air.


According to sources in Israel’s defense apparatus, the deal could not have happened before the signing of the Iran nuclear agreement, because it could have easily become a deal breaker for Tehran, what with the specs of the KC-46A, especially since it has a range of 7,350 miles with in flight refueling.

Israel expects to start taking delivery as early as 2019, at this point buying a pair of the tanker planes. Each Pegasus will cost $188 million, but the added, Israeli in-house systems will bring the cost up to around a quarter billion each. But it’s well worth the expense, not only in terms of the Pegasus’ operational capacity, but because the current IAF fleet of tankers is ancient and their maintenance is very costly.

Having the new tankers onboard would make long distance missions easier, since the IAF attackers would have the luxury of picking more convenient routes. 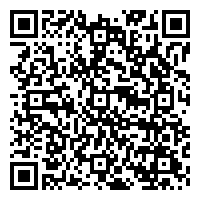