The Obama administration said the Palestinians’ ascension in U.N. membership status did not violate U.S. law.

The Palestinians have not “obtained in the U.N. or any specialized agency thereof the same standing as member states or full membership as a state outside an agreement negotiated between Israel and the Palestinians,” Burns said.

In late December, more than half the members of the U.S. House of Representatives called on President Obama to shut down the PLO office in Washington as punishment for its ascension in U.N. status.

“One important way of expressing U.S. disapproval would be to send the message that such actions are not cost-free and that, at a minimum, they result in setbacks to U.S.-Palestinian relations,” said the letter sent Dec. 21, 2012 initiated by the incoming and outgoing leaders of both parties on the House Foreign Affairs Committee. The letter was signed by 239 members, including leaders such as Rep. Eric Cantor (R-Va.), the majority leader, and Rep. Steny Hoyer (D-Md.), the minority whip. “We can do this by closing the PLO office in Washington, D.C. We can also call our Consul-General in Jerusalem home for consultations,” the letter said.

The Palestine Information Office was registered with the Justice Department of the United States as a foreign agent until 1968, when it was closed down. It was reopened in 1989 as the Palestine Affairs Center. The PLO Mission office in Washington D.C was established in 1994, to represent the PLO in the United States.

In July of 2010, the State Dept. upgraded the status of the PLO Mission in the United States to “General Delegation of the PLO.”

Although it did not constitute diplomatic recognition, the upgrade two years ago raised the status of Palestinian representation in the U.S. to the same level as the PLO representation in many European countries and in Canada.

The American Israel Public Affairs Committee has backed the initiatives, while the Reform movement and a number of smaller liberal Jewish groups have opposed them. 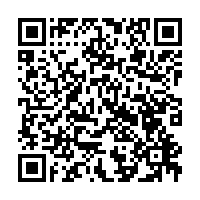