For people who pay close attention to what is happening in the world of U.S. government diplomacy and the players not just on the field, but those on deck, Robert Malley is a name that rings a bell.  For those who care deeply about the security of Israel, the bell that is rung has an ominous, if familiar, tone.

Rumors have been circulating for about a week that Robert Malley will soon be named by Secretary of State John Kerry for a senior advisory role with a portfolio that focuses either on Syria or on the Arab-Israeli conflict.


According to various sources Malley is “under serious consideration” or the decision to appoint him is already “a done deal,” according to the Washington Free Beacon.

So what’s wrong with Malley?  He couldn’t possibly be as bad as Samantha Power, or John Kerry or Chuck Hagel, could he?

Well, that depends who you ask.

Robert Malley is so offensive, he was actually kicked off (despite the lipstick smear called “resignation”) the Obama election committee in 2008 for meeting with the terrorist organization Hamas, although he had been one of Obama’s closest advisors for Middle East issues until his affinity for Hamas became public.

Malley is a Harvard-trained lawyer who currently works at the George Soros-affiliated International Crisis Group.  There are those Israel supporters who see Malley as an international crisis all on his own – his father, Simon Malley, was a virulently anti-Israel member of the Egyptian Communist Party and a close confidante of Yassir Arafat.  (Malley’s mother, who raised him, is named Barbara Silverstein – we’re not going there.)

Robert Malley blamed Israel for the failure of the Camp David Peace Talks in an op-ed in the New York Times.  As Ed Lasky pointed out in an on-point article  in 2008, Malley’s recollections of what went wrong at Camp David was in direct contrast to every other major player present, including President Bill Clinton and Clinton’s Middle East Envoy, Dennis Ross.

In another op-ed from the same era, Malley revealed his strong support for the Syrian regime, and scoffed at the idea that Assad should be treated as a pariah.

This past fall Malley explained why he believes it is not only likely, but essential for Hamas and Fatah to unite.

I think at this point it’s inconceivable that Fatah will eliminate Hamas, and I can’t see that Hamas is going to eliminate Fatah, so the only solution if what you want — if what people want — is to see a meaningful negotiation between an empowered Israeli government, a representative Israeli government, and an empowered and representative Palestinian national movement, the only way to do that is for Palestinian ranks to unify.

And as Adam Kredo at the Washington Free Beacon pointed out, Malley even criticized U.S. President Barack Obama for taking off the table the concept of containing a nuclear Iran – in other words, allowing Iran to obtain nuclear weapons, and then asking the Islamic regime to pretty please not use them was a reasonable position Malley resented Obama’s failure to consider.

So, will Malley be the worst person in the U.S. administration with a foreign policy portfolio that could have a significant impact on Israel?  Maybe not the worst, but as an addition to a group which already have raised serious concerns, if Malley is selected by Kerry it is certain to make things even worse. 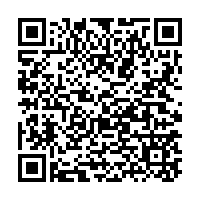