Forty U.S. Jewish leaders sent a letter to Prime Minister Benjamin Netanyahu expressing concerns about the findings of an Israeli judicial committee that said Judea and Samaria settlements are legal.

The letter, initiated and organized by the Israel Policy Forum (IPF), was delivered Sunday to the Prime Minister’s Office.


“As strong advocates for Israel’s security and well-being as a Jewish and democratic state, we are deeply concerned about the recent findings of the government commission led by Supreme Court Jurist (Ret.) Edmund Levy,” the letter read. “We fear that if approved, this report will place the two-state solution, and the prestige of Israel as a democratic member of the international community, in peril.”

IPF, which used to be the darling of former president Bill Clinton, who used an IPF gala in 2001 to unveil his Clinton Parameters for Arab-Israel peacemaking, has greatly diminished in influence and presence in recent years. But a June report by JTA suggested the organization is being pulled out of mothballs to become the prestigious pro-2-State Jewish powerhouse which J-Street just isn’t.

The group that has restarted IFP is made up of Jewish stars in search of a steady employment: Aaron David Miller, a former negotiator in the first Bush and Clinton administrations, Eric Yoffie, who just ended his term as president of the Union for Reform Judaism, and Rep. Gary Ackerman (D-N.Y.), who is retiring from office. With funding from philanthropist Charles Bronfman, the resurrection appears all but certain.

The IPF rhetoric is the same old tired stuff, extremely 1999:

“A two-state solution – an independent Palestinian state in the West Bank and Gaza Strip existing peacefully alongside Israel – is an imperative.”

As if the past ten years or so, with thousands of Palestinian rockets and mortar shells dropping on Israeli civilian populations, are not even a speck of schmootz on their rosy glasses, as if the evacuation of thousands of Jews has not led to untold suffering for both Jews and Arabs, as if every Israeli attempt to urge on a concession has not been met with torrents of violence, the 2-staters push on:

“It is the only way to end the Israeli-Palestinian conflict and ensure Israel’s security and future as a Jewish and democratic state.  It is also in the interests of the United States, Israel, the Palestinians and the international community.”

But would to do if the Arabs once again react to Israeli peace gestures with fire? Not to worry, IFP has a solution:

“Israel’s security is a core American interest,” they declare (now, that’s a relief). and: “Terrorism, violence and incitement are central impediments to peace in the region and should be collectively and explicitly renounced. Similarly, rockets targeting innocent civilians along Israel’s northern and southern borders should be condemned by the United States.”

There you go – if Jews start getting killed all over the place, God forbid, this will not go by without the strongest condemnation from the U.S. government!

This group of Jewish leaders between jobs has discovered the platform that would pay their rent for the foreseeable future, and will utilize their skills in one direction: getting Israel back to a position of weakness, torn by internal conflict over the future of the settlements, and once again exposed to Arab violence.

The IFP gang is receiving its first important task, to throw its full, prestigious weight against the findings of an exceptionally distinguished jurist, retired Supreme Court justice Edmond Levy. The Levy committee 89-page report released last week has established what has been known for decades, that “Israel does not meet the criteria of ‘military occupation’ as defined under international law” in Judea and Samaria, and therefore settlements and outposts there are legal.

IFP deals with Levy with the kind of flippant approach Bill Clinton would have appreciated:

“Securing Israel’s future as a Jewish and democratic state requires diplomatic and political leadership, not legal maneuverings,” they wrote Netanyshu.

See, this is not about justice, it’s about getting things done. What things? Well, justice for the Palestinians, of course.

And, as always in the U.S. Jewish left’s dealings with Israel, there’s the unveiled threat:

“…our great fear is that the Levy Report will not strengthen Israel’s position in this conflict, but rather add fuel to those who seek to delegitimize Israel’s right to exist.”

See? In the end it’s not about solutions, or about priorities, or about—God forbid—the rule of law. In the end it comes to if you don’t do as we say you’ll die.

Finally, somewhere on the list of 40, you’ll rather incongruously find Conservative Rabbi Daniel Gordis, President of the Shalem Center, who’s been making such a profound case all over You Tube for Israel’s need to exist, debating Peter Beinart who sees the settlements as the mother of all evils – what happened to Gordis? Is he over his conflict? Did he go over to the dark side?

Anyway, at this point it is clear that Israel would do much better with fewer friends… 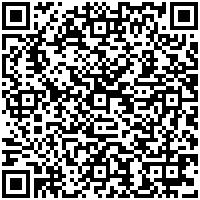