Calcutta News this morning reports on Pushkar, a town 11 km from Ajmer and about 130 km from the state capital of Jaipur, where many signboards and menus are in Hebrew, shopkeepers greet visitors with ‘Shalom’ and offer them humus, wraps and soup with dumplings.

“It’s a mini Israel out here with hotels and other businesses tailoring their offerings to suit tourists from the ‘promised land,'” according to CN.

So much so, that “moving around, the unsuspecting visitor could be forgiven for wondering just where they were with signboards in Hebrew splashed at many places.”

It’s like Ben Yehuda Street out there. “Where else will you see a menu featuring jachnoon, the traditional bread with tomatoes and eggs, Moussakas, cinammon cakes…”

And, if that’s not Israeli enough for you: “There is even a Chabad House, a community centre for the Jewish community run by missionaries.”

Now, there’s a line to warm the heart of every Lubavitcher…

According to the state tourism department, out of the 46,425 foreign tourists who visited Pushkar from April 2011 to March 2012, the majority were Israelis. Over the past three years, they say, 64 percent of all tourists have been Israelis.

Is it any wonder that local residents, including some priests who perform rituals at the ghats of the Pushkar lake, as well as shopkeepers, have taken classes in order to learn to speak fluent Hebrew?

And some hotel owners even accept shekels!

“They are good payers and love to enjoy the place. They know how to enjoy holidays,” Ravi Ranawat, owner of the Om Shiva resort, told CN. “I called a special cook from New Delhi and paid him triple rate so that he could make baked dishes and special sauces for the Israelis guests.”

But no meat please – Pushkar is a strictly vegetarian town. 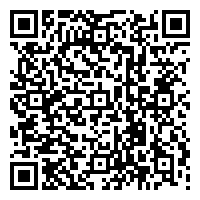