This might be the funniest story so far this week: according to Egypt Independent, the head of the International Union of Muslim Scholars (IUMS), Sheikh Yusuf al-Qaradawi, has announced that he will boycott the 8th Doha International Center for Interfaith Dialogue conference, a three-day event is scheduled to begin on Tuesday.

Al-Qaradawi said he opposes any discourse with Jews in principle. Sources close to the Sheikh tried to soften the message, saying he rejects Jews based on their political, rather than religious, affiliation. Which, means he will meet with Neturei Karta and, maybe, Satmar, but that’s where he draws the line.

A statement from al-Qaradawi’s office last Monday said he took part in the first three conferences, at which only Muslims and Christians participated, but that he refused to attend when Jews began participating.

“How can we conduct a dialogue in a time when they seize lands, shed blood, burn farms, and demolish houses? Palestine’s conundrum has to be resolved first before we sit together at the same table,” the statement quoted al-Qaradawi as saying.

Al-Qaradawi’s stance is supported by a number of Al-Azhar scholars. What a shock.

“There is no need to engage in a dialogue with Zionists,” said Abdel Mouty Bayoumi, a member of the Islamic Research Academy. “But Jews who denounce the Zionist occupation of Palestinian territories are welcomed, and we had supported al-Qaradawi in meeting with Jews of this second kind.”

There’s a third kind of Jews, of course, over in Auschwitz – those are the best.

You know, if it were just a few quirky, fanatical individuals, we could give them a pass. But I suspect this notion—of the Jews’ independence as a militarily strong nation being beyond the pale—is the pervasive Arab view.

They won’t even wrestle on the same gym mat as us at the Olympics.

Shouldn’t we, too, set up some preconditions to a dialogue? Like, promise you won’t round me us the first chance you get and send me somewhere to die. I think that would be a nice start. Tell me you’re impressed by this amazing Western, affluent, technologically superior country we’ve built here, where Arabs enjoy the greatest degree of freedom on the planet. That would be a step, too.

On second thought, not such a funny story after all.

ZAKA Crowdfunding Raised $120,000 to Ransom Israeli in Enemy Country, But Then It Started to Look Murky 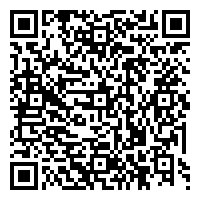