For years, HaRav Shmaryahu Yosef Nissim Karelitz insisted that his door be open to any and all who seek his counsel. His great devotion to Am Yisrael shouldn’t be limited to a set schedule, he reasoned. He desired to enable petitioners to ask their questions and discuss their problems whenever they felt the need. Even when his doctors recommended instituting regular reception hours for reasons of health, the Rav would nonetheless receive people at all times. “My door is open all day.”

One night he was waiting for a man who had made a late appointment, but failed to appear. In the morning, he turned to his son and exclaimed, “I couldn’t sleep all night! I worried that perhaps the man came late and you didn’t open the door to him because of the late hour. I couldn’t bear the thought that someone would be turned away from my door…”


On Motzaei Simchat Torah, we lost one of the great halachic adjudicators of our generation. Tens of thousands of students crowded the streets of Bnei Brak to accompany the man who had been head of the Bnei Brak Beis Din and Rosh Kollel Chazon Ish for many decades.

HaRav Karelitz was born in 1926 in Kosova, Belarus, to his parents, Rav Nahum Meir and Batya, sister of the Chazon Ish. They moved to Eretz Yisroel in 1936, settled in Bnei Brak, and the brilliant young Nissim learned in the Ponevezh Yeshiva. He married Leah, the daughter of Rav Zvi Kopshitz from Jerusalem and granddaughter of Rav Yosef Chaim Zonnenfeld. The couple lived in a one-room house where they raised their eleven children.

This small, dilapidated house was open to anyone who sought a nourishing meal, as well as words of comfort and encouragement.

People who wanted to sell their chometz in the stringent manner that Rav Karelitz used would come to this house before Pesach to sell their chometz. They were instructed to deposit their chometz on the designated porch. Once someone brought a large open package of cookies and instead of putting it on the porch, he brought it into the house and plunked it on Rav Karelitz’s table. As the crumbs spilled out all over, Rav Karelitz did not show anger or displeasure. He remained calm and instructed his assistants to clean up the chometzdik mess. They immediately got rid of the crumbs and the cleaning rag, deposited the cookies in a double bag, and exiled the errant cookies to the porch.

The Rav’s son-in-law, Rav Sriel Rosenberg described the unique seating arrangements in the famous Beis Din of HaRav Karelitz. The Rav did not want to create a distance between the dayanim and the opposing parties. He wanted the parties to feel that the dayanim truly hear and respect their arguments. Therefore, instead of the usual set-up whereby the dayanim sit together at one table and the parties sit at another table, in Rav Karelitz’s Beis Din, they all sit around one table together.

“How can you tell which one of the parties is speaking the truth and which one is speaking deceptively?” he was asked by dayanim.

“Usually,” he replied cautiously, weighing his word carefully, “Hashem sees to it that the liar gets caught up in his own lies and deception and falters.”

“And if this does not happen? What is the dayan supposed to do?”

Silence ensued. The Rav humbly answered, “Then the dayan should examine his own deeds and repent, for he sees that Hashem is not helping him out in making his decision.”

Not all plaintiffs were happy with the decisions of the Beis Din. Once, an angry woman stormed out of the Beis Din, sure that after presenting her case, the dayanim were going to rule against her. This bitter and unfortunate woman was known to possess a terrible temper. She calculated that if she would go to each one of the dayanims homes to rant and rave, they would be afraid to rule against her.

Every evening she chose a different home and carried out her plan. On Friday night she arrived at the home of Rav Nissim Karelitz. She burst into the house screaming and threatening. The horrified family was seated around the table, waiting for Kiddush, and didn’t know what to do. Rav Karelitz rose, and calmly spoke to the woman.

“I will listen to your arguments, but only on one condition.”

The family was astonished. Their great father was going to let this violent woman berate him and batter him with her complaints, here at the Shabbos table?

The woman was also taken aback. She had not expected such a calm response.

The woman joined the Karelitz family, partook of the delicious challah, fish, meat and other delicacies. When the meal was over, she left quietly.

“Father, how did you know that she was hungry?” asked the children.

The Rav answered simply that when he heard the anger in her voice, he saw the hunger in her eyes.

May Hashem console us among the mourners of Zion and Jerusalem. 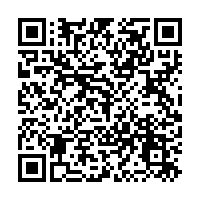