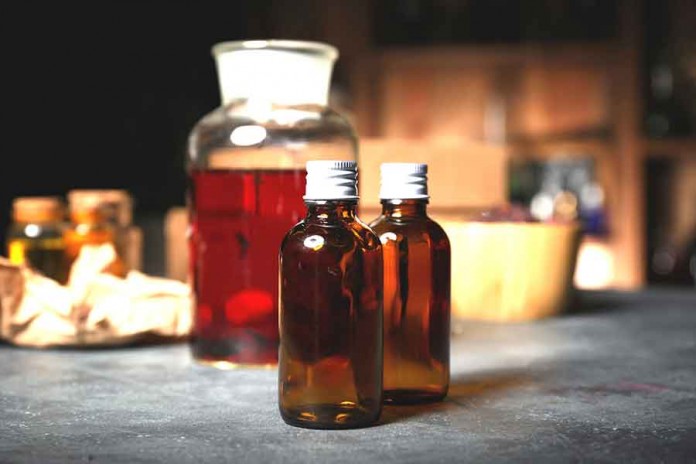 In the midst of the Greco-Persian wars, two subversive Tarsusian courtiers in the palace of the Persian king plotted to kill the monarch. According to the Talmud (Megillah 13b), Bigthan and Teresh planned to place eres in the cup of King Ahasuerus to get rid of him once and for all. An alternative tradition about their traitorous plan is that they wanted to slay Ahasuerus while he slept and present his decapitated head to the Greek kings (Sefer Yossiphon). A later source synthesizes these two versions: the traitors planned to poison Ahasuerus’s queen Esther by having her drink a sam ha’mavet and then slay her royal husband (Targum Sheini on Esther 2:21).

Eres and sam ha’mavet are two Hebrew terms for poison, but additional words commonly translated as poison appear in other sources as well. Do they each have their own nuanced meaning and what is the significance of their etymology?

The word eres does not appear in Biblical Hebrew nor in Mishnaic Hebrew, but it is found in Hebrew passages of the Babylonian Talmud. It also appears a handful of times in the Palestinian Talmud, where it is almost always spelled with a yud after the initial aleph (so it was likely pronounced something like iras).

Discussing the suspicion that a snake might have injected its venom a into an uncovered drink left, the Talmud (Avodah Zarah 30b) states that there are three types of eres: that of a young snake, which sinks to the bottom of a liquid; that of an old snake, which floats at the top; and that of a middle-aged snake, which dallies along somewhere in the middle (see also Sukkah 50a and Bava Kama 115b). The Gemara goes on to state that all sheratzim (insects, loosely translated) have eres, but only a snake’s is lethal. Elsewhere, the Talmud discusses how exactly snakes emit their eres, seeking to clarify whether they only release venom when they are angry or the venom is always present on their teeth (Sanhedrin 78a, Bava Kama 23b).

From all of these sources, it becomes apparent that the word eres is not a general term for poison. Rather, it refers to venom as a specific type of poison, and most often refers even more specifically to “snake venom.”

Although the origins of the word eres are shrouded in mystery, etymologists like Dr. Alexander Kohut (1842-1894), Rabbi Ernest Klein (1899-1983), and Avraham Even-Shoshan (1906-1984) claim that the Hebrew word eres actually derives from the Latin word virus (which means virus in English). Nonetheless, “The Comprehensive Aramaic Lexicon” considers this etymology “highly dubious.”

This snake-origin theme is found in discussions of other Hebrew synonyms for poison. When Proverbs (7:22) compares the prostitute to an eches, Rashi explains that eches refers to a snake’s venom. Rabbi Isaiah of Trani (1180-1250), however, writes that eches there refers to a ball and chain often tied to prisoners’ feet to impede their escape. This relates to eches in the sense of “shoes” because both are worn/tied to the feet (see Ibn Ezra to Proverbs 7:22 and Radak in Sefer HaShorashim as well). The analogy is presumably meant to highlight that when one sins, that sin is “tied” to him forever and present on the Day of Judgment (see Sotah 3b).

Dr. Kohut was the first to note that Rashi’s explanation of eches as snake venom was likely informed by the Greek word echis (viper). The word echis does seem to appear in rabbinic literature in that sense: the Midrash (Midrash Tanchum Bishalacha §18, Mechilta to Ex. 15:22) translates efeh, which is a type of snake in Biblical Hebrew, into echis.

In his commentary on Shabbat 62b, however, Rashi himself offers a different etymology of the term eches. There he notes that eches is a metathesis of the word ka’as (anger), because the snake only emits its venom when it becomes angered. (In Deuteronomy 32:33 and Psalms 58:5, the word chamat is also a poison emitted by a snake in cheimah, anger.) Conversely, Rabbeinu Efrayim says that ka’as is a metathesis of eches as poison because anger puts a sort of poison in one’s heart.

The prophet Isaiah warns that G-d will judge the Kingdom of Judah “because the Daughters of Zion have become haughty, they walk with outstretched necks and peering eyes… and with their feet, they eches” (Isaiah 3:16). The word eches in this passage is clearly a verb, but it is unclear what action this verb denotes – especially because it appears nowhere else in the Bible.

The prophet continues to foretell that in the future, G-d will remove the various adornments from upon the Jewish people. One of those is called an eches (Isaiah 3:18). Here the word is clearly a noun, and according to Rashi and Ibn Ezra it refers to special shoes worn on the feet. Does this help us understand what the verb eches means?

The Talmud (Shabbat 62b and Yoma 9b) explicates that Isaiah’s last criticism of the Daughters of Zion was that they would place various perfumes inside their shoes, then kick their feet and waft enticing fragrances toward young bachelors passing by in the marketplaces of Jerusalem to arouse them to sin. These evil women would infect those men with the Evil Inclination, which functioned like eres (venom). Based on this, Rashi on Isaiah 3:16 explains that eches means snake venom, and the act of eches attributed to the Daughters of Zion refers to “poisoning” the young Jewish men by enticing them to sin. Interestingly, the Vilna Gaon connects these two meanings of eches by noting that eches refers specifically to shoes that were made with snakeskin.

Other commentators disagree with Rashi’s assertion that eches means poison. For example, Ibn Ezra and the Radak explain the verb eches differently by connecting it more directly to the noun form of the word. They explain that eches in the first verse refers to the Daughters of Zion calling attention to themselves by making noises with their special shoes. Radak even adds that these shoes functioned like bells that produced metronomic sounds. (These commentators do not mention this, but perhaps this meaning of eches also connects back to snakes because the sounds made by these shoes resembled the rattle of a rattlesnake.)

While Targum and Rashi say that rosh refers to poison extracted from the rosh (head) of a snake, i.e. snake venom, other sources understand rosh as referring to a poisonous plant extract. Rabbi Dr. Yehuda Felix (1921-2004) writes that rosh is best identified with poppy/opium or conium. Rabbi Shlomo Pappenheim of Breslau (1740-1814) says it is reflective of the plant’s round top, which resembles a head.

The phrase sam ha’mavet literally means “potion of death.” It too does not appear in the Bible, but it does make a single appearance in the Mishnah.

The Mishnah (Chullin 3:5) rules that if an animal consumed a sam ha’mavet or was bitten by a snake, then it is not considered a treifah that would render its ritual slaughter invalid but it is still forbidden to be eaten because it is dangerous. Given the context, it is clear that sam ha’mavet does not refer to a snake’s venom.

The term sam ha’mavet also appears several times in the Talmud. Eruvin 56a explores whether a tznon (loosely translated, a radish) is considered sam ha’chaim (healthy) or sam ha’mavet (poisonous). It is also mentioned in discussions of the deleterious effects of studying Torah without the proper intentions (Taanit 7a) and whether one who killed another person’s animal by feeding it a sam ha’mavet can be held liable in court (Bava Kama 47b, 56a).

Although the word sam is spelled in these sources with the letter samech, the letters sin and samech are often understood to be interchangeable. That’s why, when the Bible reports that Bethuel placed (sam with a sin) food before Abraham’s servant Eliezer (Genesis 23:33), various exegetical sources (Midrash Sechel Tov, Midrash Aggadah, Da’at Zekanim) see that word as an allusion to Bethuel attempting to poison him. Other assassinations using sam ha’mavet include those carried out by Athaliah (see pseudo-Rashi to 1 Chronicles 22:10).

Rabbi Shlomo Pappenheim understands the core meaning of the two-letter root sin-mem as “placing something in its place.” He explains that the Biblical word samim (potion or elixir; and in Modern Hebrew, drugs) used in reference to the ingredients of the ketoret in the Tabernacle and the Holy Temple derives from this root because such substances are typically stowed in specially-designated places. It seems from all of this, that sam ha’mavet is a term that includes various different types of toxic solutions but does not refer to any one specific poison.

Ra’al (Nachum 2:4 and Zechariah 12:2) or tarelah (Psalms 60:5 and Isaiah 51:17 and 22) are often understood to mean poison. Rashi notes, however, that these words actually refer to a concoction that renders a person weak and immobile, as though he were tied up and detained (Isaiah 51:17 and Nachum 2:4). Indeed, there is a similar word, re’alah, which is a sort of adornment in which one “wraps” oneself (Isaiah 3:19). In modern Hebrew, the word ra’al refers to deadly poison.