Last week Klal Yisrael lost a national treasure, Rav Dovid Feinstein, zt”l. Many people heard of Rav Dovid as being the son of the illustrious world renown gadol and posek hador, Rav Moshe Feinstein, zt”l. Rav Dovid’s quiet and discreet personality combined with his modest way of life, kept him out of the limelight, and largely unknown to most people.

Rav Dovid was born in Luban, Russia, in 1929, where his father served as rav. Rav Moshe had the foresight to leave Russia before Stalin could completely destroy Judaism, and fled with his family to America and settled on the Lower East Side, eventually founding a yeshiva, Mesivta Tiferes Jerusalem. Rav Dovid learned in Mesivta Tiferes Jerusalem with his father, and eventually began delivering shiurim there. When his father was niftar, he took over the yeshivah and many of his responsibilities, including becoming a prominent chaver of the Moetzes Gedolei HaTorah of Agudas Yisrael of America; a member of the Vaad Roshei Yeshivah of Torah Umesorah; and was involved in Chinuch Atzmai, Agudas Harabbonim, and many other communal organizations.


Rav Dovid grew up in Rav Moshe’s house, where he was picked up a real mesorah of halachic rulings, and more specifically how to approach a ruling. It was for this reason that when the toughest of halachic questions arose did all of the leading halachic authorities turn to hear what Rav Dovid had to say. Even while his father was alive Rav Dovid would often issue rulings. A talmid of Rav Moshe quoted him saying “Dovid says like I would have said.” As the Gemara tells us a son is the extension of the father. Rav Dovid’s vast knowledge in all areas of Torah set him apart and earned him the reverence of one of the poskei hador. Rav Dovid gave shiurim on all parts of the Torah, even the difficult ones that not many people learned. To him all of the Torah was in front of him the same.

A rosh yeshiva in Eretz Yisrael was once discussing a difficult mamzerus question with Rav Elyashiv, zt”l. After some time, Rav Elyashiv’s face lit up and he asked the rosh yeshiva if he would be traveling to American in the near future, to which he responded affirmative. Rav Elyashiv said, so then go ask Rav Dovid!

But if you would meet Rav Dovid you would not see someone who had a superior appearance. On the contrary Rav Dovid said, “I am more comfortable in the back of the shul,” according to one of the eulogizers at the levaya. At the levaya many stories were told of Rav Dovid’s simple lifestyle and kindness towards every person. Rav Dovid was very approachable and ran from honor.

At the levaya, Rav Shmuel Kamenetsky, shlita, rosh yeshivah of Yeshiva of Philadelphia, spoke briefly and described Rav Dovid as “an extraordinary person.” It is especially hard to describe the many facets of his personality. He was “completely good and completely pleasant.” He was a “good friend and a breed unto himself. He understood everyone and what they needed, and he did whatever he could do to help.”

Rav Dovid’s grandson, Rabbi Shlomo Fishelis, remarked at the levaya, “He walked the streets with such hatzneia leches, like he was one of us, while he was actually on a different plane. He once said that he was born during the week of Behaalos’cha, where the Haftarah speaks about lashon hara. (He said that his father said that section has a special message for a bar mitzvah boy.) He said it had an effect on him, as he was quiet by nature, which helped him keep out of trouble.

In recent weeks as Rav Dovid’s health was deteriorating, he appointed his son Rav Berel to take over his shiurim in yeshiva. Like his father, Rav Berel is serene and placid, but beneath the surface is a giant in Torah. Rav Dovid’s loss is a loss for all of Klal Yisrael. For even though many were unaware of his efforts, behind the scenes, Rav Dovid’s powerful halachic rulings led our generation in the most difficult halachic issues. Additionally, we lost a man who was a true Torah giant, but at the same time made no big deal about it. Perhaps what can describe Rav Dovid’s approach best is what the Mishna in Pirkei Avos (2:9) says: if one has learned a lot of Torah, do not take credit for yourself, because that is what you were created to do. Last week, Klal Yisrael lost a man who learned a lot of Torah, but took no credit for himself, for that is what we are created to do. 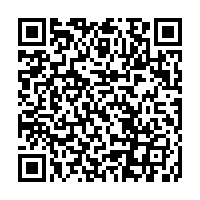