“Ger,” “toshav,” “ezrach” – what precisely do these three words mean?

The Malbim writes that a ger is someone who lives in a land other than his original homeland. The Ibn Ezra writes that “ger” is an expression of disconnection.

A ger has detached himself from his place of origin; a gur is a newly-weaned lion cub detached from its mother which must now fend for itself; gur is fear, as if the very ground on which you were standing was yanked out from underneath you; and “megurah” (or “megirah,” closet/drawer in Modern Hebrew) is a silo used for storing harvested grain, i.e., grain that was detached from the ground.

1) It’s related to “megirah”/“agurah” in the sense of gathering since a ger has gathered himself into his newfound land and community.

2) It’s related to “girui” (irritation/instigation) and refers to the ger’s knack for fighting his natural desires (i.e., his attachment to his original homeland or upbringing) and overcoming them.

According to Rabbinic tradition, the infinitive verb “la’gur” connotes living in a certain place under a temporary arrangement. Thus, Joseph’s brothers use this word to tell Pharaoh that they’ve come to live in Egypt. The Haggadah Shel Pesach tells us that Jacob’s family only came to Egypt as a temporary measure to avoid the famine ravaging the Land of Canaan; they never intended to settle there permanently.

Rabbi Shlomo Aharon Wertheimer (1866-1935) points out that Jacob used the word “garti” in talking about living in Laban’s house for 14 years (Genesis 32:5) since he also never intended to live there long-term and was only forced to stay as long as he did due to unforeseen circumstances.

In contrast to a ger, a toshav settles in a place for the long haul. Rabbi David Kimchi (1160-1235), also known as the Radak, traces “toshav” to the triliteral root yod-shin-bet, which means sitting and settling long-term.

Menachem Ibn Saruk (920-970) traces “toshav” to the biliteral root shin-bet, which Rabbi Shlomo Pappenheim (1740-1814) explains primarily means returning/reverting to a previous place or status. “Yeshivah” denotes a permanent dwelling place, which obviates a sojourner’s need to ever return elsewhere, and a “toshav” is a permanent resident who engages in “yeshivah.”

Rabbi Yisrael Yaakov Algazi (1680-1757) cites a responsum by Rabbi Shmuel Modiliano who argues that “toshav”/“yeshivah” denotes settling in a place that one owns, while “gar”/“dirah” denotes living in a place where one simply has the right to live.

When Abraham presented himself before the Hittites to buy property to bury Sarah, he referred to himself as both a ger and a toshav (Genesis 23:4). The Radak’s brother, Rabbi Moshe Kimchi (1120-1190), explains that Abraham called himself a ger since he was an émigré from his original homeland and a toshav because his family settled in the Land of Canaan and made it their new home such that if he were to die, his descendants would remain there.

Rabbi Eliyahu HaBachur (1469-1549) writes that a ger is someone one who repudiates idolatry. This explanation fits in well with the understanding that “ger” means detachment.

From a halachic perspective, there are two types of gerim: A ger-toshav is a gentile who rejects idolatry and is thus granted residency in the Holy Land (although some authorities require that he also accept the Seven Noahide Laws, while a ger-tzedek (proselyte) is a gentile who accepts upon himself the entire Torah and its commandments.

Interestingly, the term ger-toshav never appears in the Bible. A person of this status is sometimes called a toshav and sometimes called a ger. According to the Mizrachi, though, the words “ger v’toshav” in the Torah should be read as “ger-toshav”; the letter vav should not be understood in the usual sense of and.

As far as “ezrach” is concerned, Menachem Ibn Saruk believes the four letters that comprise the word are as its own root. Ibn Janach and the Radak, though, believe “ezrach” is derived from the triliteral root zayin-reish-chet (shining). When light shines, everything becomes visible and revealed, and an ezrach is someone whose identity and family is out in the open and revealed to all. (In contrast, the true identity and origins of a ger often remain a mystery.)

According to the Talmud (Bava Batra 15a), Abraham contributed to the Book of Psalms under the penname Eitan the Ezrachite. Targum (to Ps. 89:1) explains that Abraham was given the appellation Ezrachite because he came from the east (mizrach). Mizrach, in turn, derives from the same root zayin-reish-chet because the sun rises in the morning from the east, from whence it begins to shine.

Rabbi David Chaim Chelouche (1920–2016), the late chief rabbi of Netanya, explains that “ezrach” is a citizen because in ancient times, the boundaries of civilization were broadly understood to be in the east. As such, a legitimate citizen who was properly oriented in society was called an easterner, i.e., an ezrach.

Rabbi Wertheimer writes that a ger is the opposite of both an ezrach and a toshav since he’s neither a full-fledged citizen of a particular land (ezrach) nor an alien resident (toshav). He is simply living somewhere as one stop in a greater journey.

Interestingly, the Radak’s father Rabbi Yosef Kimchi (in Sefer Zikaron) and Radak himself (to Ezekiel 25:7) write that the letters zayin and gimmel can be interchangeable. If so, we can understand why both “zar” and “ger” mean stranger. 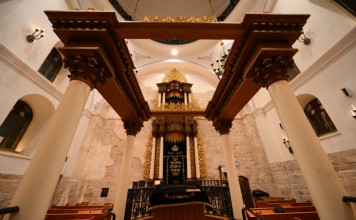 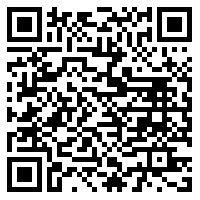