We continue exploring the difference between “shirah” and “zimrah.”

Rabbi Eliemelech of Lizhensk (to Genesis 47:28 and Exodus 19:1) writes that “zimrah” denotes cutting away (“zomer”) outer distractions that impede a person’s ability to properly serve G-d. Both he and the Chasam Sofer explain that Pesukei deZimra in the morning are meant to cut down the spiritual klipot (husks) as we prepare for complete rapture with G-d.

The Maharal of Prague (1520-1609) writes that “shirah” denotes something whose beginning is attached to its end. For example, the Bible uses the word “sher” to refer to a type of bracelet (Isaiah 3:19; see also Bava Metzia 25a), and the Mishnah (Shabbos 5:1) mentions a collar worn by animals around their neck called sher.

The Maharal explains that when a person completes a phase or task, he offers a song of thanks to G-d out of gratitude and happiness. Rabbi Moshe Shapiro (1935-2017) explains that he looks back and recognizes how G-d guided the situation the entire time and brought it to its conclusion. Only with such hindsight – when the beginning can be attached to the end – is song appropriate.

The word “yashar” (straight) would seem to hold the opposite meaning of “shirah,” but Rabbi Shapiro notes that in rabbinic literature the two are linked. When the Bible tells the story of the cows that returned the Ark captured by the Philistines, it says the cows walked straight to Bet Shemesh (I Samuel 6:12) using the word “vayisharnah,” a cognate of “yashar.” The Talmud (Avodah Zarah 24b) exegetically explains that “vayisharnah” means that the cows sang while transporting the Ark.

Rabbi Shlomo Pappenheim (1740-1814) connects “shir” to “yashar,” explaining that a song follows a straight path in focusing on a specific theme without deviating. In this way, the beginning and the end of the song are linked because they are variations on the same theme.

“Zimrah,” in contrast, refers to the best segment of a song. Just like “zomer” (cutting or pruning) is a way of discarding the riffraff and leaving the best, “zimrah” is the choicest part of a song as if the rest of the song were “cut out.”

Rabbi Shimon Dov Ber Analak of Siedlce (1848-1907) explains that “shirah” is related to “shur” (wall) because walls are comprised of carefully-arranged bricks, and a song or poem is composed of carefully-arranged lines. Just like if one brick is removed, the entire edifice may fall, if one line of a song is misplaced, the entire structure may lose its impact. Hence, “sher” is a circular article of jewelry. If it is missing a component, the circle won’t be whole.

In contrast, “zimrah” is one small part of a song, cut off from the rest of it.

With all of this information, we can understand why some songs in Psalms begin with the words “shir mizmor” and sometimes with “mizmor shir.” The Ibn Ezra (to Psalms 48:1) writes that there is no difference between the two, but Rabbi Shlomo Pappenheim disagrees. He writes that when used side by side, “shir” denotes the song’s lyrics while “mizmor” denotes the song’s melody. In some songs, the words begin before the tune (and hence begin with “shir mizmor”), and in other songs the opposite is true (and hence begin with “mizmor shir”).

Rabbi Shimshon Pincus (1944-2001) in Shabbat Malketa explains that “shir” denotes a story told by a song, while “mizmor” denotes the tune with which that story is told. Words that express one’s happiness and thanksgiving are called “shir.” But sometimes, one’s elation is so emotionally intense that it cannot be logically expressed in words and can only be expressed by a wordless melody. That’s a “mizmor.”

Some chapters of Psalms begin with words, and then, as the experience becomes more intense, can only be continued with a wordless melody (“shir mizmor”). Others begin with an intense experience of a mizmor, after which the intensity subsides and shir begins (“mizmor shir”). 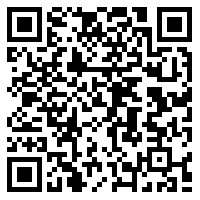