Since the times of the Second Temple, and many times before, Jews have suffered from a lack of unity. Instead of correcting our divisions on our own, we frequently only come together when attacked by our enemies. While the boycott, divest, and sanction (BDS) movement claims to stand against Israel – and it does – it also stands against Israeli Jews. The Ben & Jerry’s boycott doesn’t boycott all of the land under Israeli control, but it does boycott a great deal of land and people under Israeli control. Ben & Jerry’s is willfully inflicting harm on an Israeli company and Israelis. The boycott made clear who cares about Israeli Jews in Judea and Samaria and who is willing to abandon us in favor of their own political views and aspirations.


In the Six-Day War of 1967, Israel reclaimed Judea and Samaria from the Jordanians. Israel took control of this region, but never annexed it and made it part of Israel. The Jordanians had renamed the region “The West Bank” while they were in control. Most of the world still calls this region the West Bank. Starting immediately after its victory in 1967, and continuing for the next 50 years, Israel repeatedly offered Judea and Samaria to the Arabs in return for peace. Each offer was rejected.

Many of the Jews who live in Judea and Samaria, and many more who live in Israel maintain this land should never be given to the Arabs. They feel the time has come for Israel to formally annex Judea and Samaria into Israel. The key impediment to the annexation is the notion that there is a difference between the Israel of Tel Aviv and Netanya and that of Judea and Samaria. This approach imagines Jews have less of a right to historic Hebron than new Haifa. Ironically, both Palestinians and Israelis don’t ascribe to this artificial difference and both imagine the entire land “from the River to the Sea” to be one land. When companies like Ben & Jerry’s emphasize the difference between these two lands, it draws activists to remind everyone that there is no difference between the lands, and the unnatural “green line” becomes erased even more.

There are many friends and lovers of Israel opposed to Jewish development in Judea and Samaria who feel boycotts of Judea and Samaria are unacceptable. The Jews of Judea and Samaria disagree with their positions – but do so respectfully, recognizing they are coming from a place of genuine love of Israel. As Michael Koplow of The Israeli Policy Forum, a Washington-based think tank opposed to Jewish development in Judea and Samara, wrote, “Any settlement boycott that applies only to the West Bank raises questions of targeting Israel with a double standard. Given the history of boycotts against Jews, I am loath to endorse that as an approach. There is a long and ugly history of boycotting Jews and restricting their economic activities, and the same way that we are sensitive to how specific historical injustices impact actions we take today, boycotting Jews touches a nerve.”

Many Jews who oppose enlarging the Jewish footprint in Judea and Samaria aren’t willing to take financial aim at fellow Jews. Jews who supported Ben & Jerry’s boycott telegraphed to the Jews of Judea and Samaria their willingness to advocate for policies that hurt Jews to further their political agenda. Claiming Ben & Jerry’s wasn’t joining BDS, they ignored that BDS doesn’t hurt places, it hurts people – specifically, Israeli Jews. BDS isn’t anti- the 1948 armistice lines, it’s anti-Semitic. Ironically, many of these same Jews complain when Israelis don’t take their opinion into account when developing policy. The Ben & Jerry’s boycott further clarified who supports their fellow Jews and who is willing to abandon them.

Ben & Jerry’s didn’t boycott a place, they boycotted a people – the Jews of Judea and Samaria. The boycott of Jews, no matter how thickly wrapped in social justice terminology, is anti-Semitic. Those who stand up for Jews won’t stand up for Ben & Jerry’s boycott. As despicable as their boycott was, we are grateful that Ben & Jerry’s brought many Jews together. In every cloud there’s a silver lining. Like other BDS campaigns that looked successful at first – SodaStream and Airbnb – this one will also fizzle out and either harm Palestinians, help Israelis, or both! 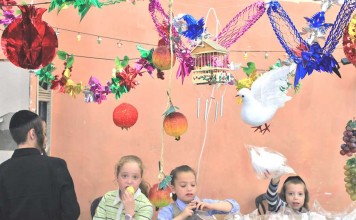 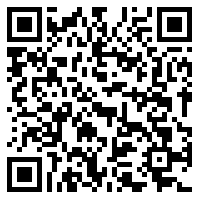