The Middle East is boiling and not just temperature-wise! Fortunately, with all the rain in Israel this past year, we can call cool off in the very full Sea of Galilee!

The explosions at facilities connected to the Iranian nuclear program continued this week, with no end in sight. Still no credible evidence of who is behind these attacks or admission of responsibility. Of course, everyone assumes it’s Israel, but it’s quite possible that there are forces within Iran that are involved, if not totally responsible.

The Iranian regime has never been weaker. If President Trump is re-elected in November, the tyrannical regime may begin to see its final days. And Israel will have a front-row seat because Israel just launched a new spy satellite – the Ofek 16 – into space that can monitor much of what is going on in Iran. In other words, more fun, less surprises.

Attacks on Saudi Arabia from Yemen

Attacks intensified this week on Saudi Arabian targets from the Shi’ite, Iranian-backed Houthi rebels in Yemen. Both missiles and drones were used in the attacks. Saudi Arabia was able to prevent the attacks from hitting their intended targets, but if these kinds of attacks continue, it is very likely they are going to get lucky one of these days and then all hell could break loose.

In the meantime, the Houthi leadership has continued to threaten to strike Israel, if Iran instructs them to do so, and reports are now leaking out that they have begun to arrest and financially extort the remaining Jews living in Yemen. G-d willing, the Jews will be rescued, but this seems like it very well might be the end of the thousand-years-long Jewish presence in Yemen.

Coronavirus cases continued to rise, breaking records on a daily basis. Thankfully, in this “second wave,” the disease seems to be a lot less deadly. The number of deaths has reached 368 and is steadily climbing, as are the number of people in serious/critical condition.

A nationwide lockdown is being considered, but in the meantime it was decided to lockdown only charedi areas because the courts won’t protect them like they would other places. Raucous demonstrations against the lockdowns are pretty constant and make great educational videos for both sides.

No Sovereignty, But Protests

So it’s been two weeks since Prime Minister Netanyahu has been able to bring up extending sovereignty over parts or all of the Jewish Communities in Judea and Samaria. Still silence on his part.

Now it’s totally possible that the mapping of the specific areas in question is taking time, but it’s also possible that American officials have changed their minds and are no longer so enthusiastic about this whole thing.

The left is saying it’s the second one; therefore, my money is on the first one. My hunch: Once the maps are ready, there will be some extension of sovereignty. How much is hard to say, but I wouldn’t rule out all the communities so quickly, like the left is doing.

Meanwhile, there have been protests in both Tel Aviv and Jerusalem against the government and calling for Prime Minister Netanyahu to resign. The protesters claim they care about democracy, morality, corona, and whatever else you want.

The reality is that they are leftists and they want a left-wing government. This despite all the results of all elections for the past decade or so.  In short, democracy is the last thing they actually support.

Meanwhile, in Gaza, the commander of the Hamas naval commandos apparently escaped into the ocean this week and was whisked away by Israeli naval forces. Apparently, he had been running a fake ISIS group that was infiltrating Hamas, gathering intelligence and sabotaging Hamas operations and installations.

They thought they were working for the caliph, but they were really working for the Jews. That must be a tough realization. I’d expect a bunch of them to follow their leader’s example by running into the sea, except without the rescue part.

Meanwhile, there was an assassination in the Gaza Strip straight out of the movies! Back in the ‘80s, there were terror squads that went around Gaza claiming to kill Arabs who were supposedly Israeli informants. Some were, most probably weren’t, but you know.

So the son of one of those killed back then just killed the guy who killed his father 32 years ago! That is classic “Godfather II.” Got to really wonder if he saw the movie. Regardless, likely not a great loss for humanity. 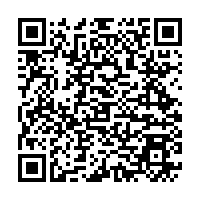