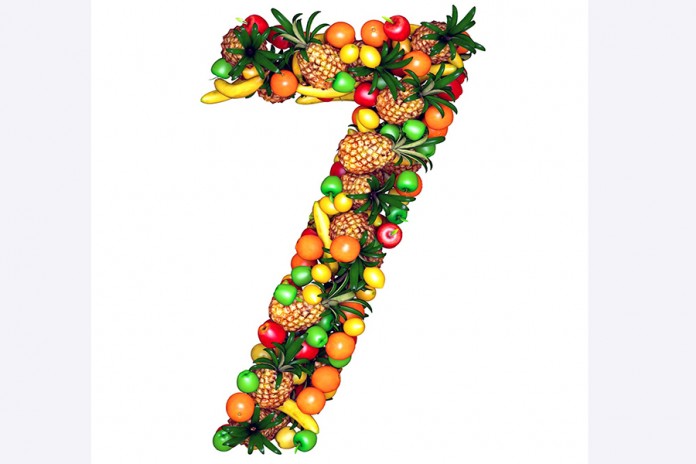 The Torah commands that every seventh year be declared a sabbatical year, during which the Holy Land must be left fallow and all loans are to be considered remitted. This year, 5782, is a sabbatical year, so I thought it would be appropriate to discuss two Hebrew terms used to refer to the sabbatical year: shemittah and sheviit. Last week’s essay focused on the term shemittah, and this second essay focuses on the term sheviit (“the seventh one”), expounding on Hebrew expressions whose etymologies seem to be connected to the root of that word.

The tractate of Mishnah dedicated to discussion of the laws of the sabbatical year is dubbed Masechet Sheviit. The word sheviit literally means “the seventh one,” the ordinal form of the Hebrew word sheva (seven). Indeed, the word sheviit already appears in the Bible when referring to the sabbatical year, the seventh year of a seven-year cycle, and is the common word the Mishnah uses for that year.


Another word related to both sheviit and sheva is shavua, but this word bears two distinct meanings in both Biblical Hebrew and Mishnaic Hebrew.

Besides shavua, there is another Hebrew word for week that we might be familiar with:

Ibn Ezra and Nachmanides write that “shabbat” has two different meanings in these passages. In the first two instances, the word refers to a specific holiday (the first day of Passover); in the latter two instances, the word means “week” and refers to the counting of seven weeks from the second day of Passover until the festival of Shavuot. This understanding is reflected by Targum Onkelos, who translates the first two instances of shabbat as “yoma tova” (i.e., yom tov, holiday), and the latter two as shavua. Indeed, Nachmanides correctly notes that shabbat as “week” can be found many times in the rabbinic vernacular (see Taanit 4:7, Megillah 3:4, Ketubot 1:1, 5:6-7, Eduyot 4:10, Nedarim 8:1, Bava Metzia 9:11, Bava Batra 5:10, Sheviit 2:6, and Niddah 4:5). As Nachmanides puts it, the word shabbat is thus a synecdoche – that is, a term which refers to both a part of something and the whole thing. By the same token, the sabbatical year is also called shabbat (Lev. 25:2, 25:4, 25:6, 26:34-35, II Chron. 36:21), and the seven-year cycle in which a sabbatical year falls out is likewise called a shabbat (see Lev. 25:8). This name for the Sabbatical Year, of course, highlights its Shabbat-like rules that require one to “rest” from working the ground.

Nevertheless, Rabbi Yaakov Tzvi Mecklenburg (1785-1865) points out that nowhere else in the Bible is the word shabbat used in the sense of “week” besides in the context of Counting of the Omer. Because of this, he argues that the word shabbat does not literally mean “week” in this context but is related to shabbat in the general sense of “cessation/resting,” like the root shin-bet-tav in other places. Rabbi Mecklenburg explains: During the interim weeks between the omer sacrifice offered on the second day of Passover and the two loaves offered on Shavuot, new grains are not used for ritual sacrifices in the Temple; so, one can be said to be “ceasing” to use new grains until Shavuot. Thus, the weeks in question may be characterized by this “cessation” and can appropriately be called shabbat, because they resemble the weekly Shabbat on which we cease from all forms of creative labor.

Rabbi Mecklenburg traces both the terms shabbat (shin-bet-tav) and shavua (shin-bet-ayin) to the biliteral shin-bet, whose core meaning is “return.” Even though in Rabbi Shlomo Pappenheim’s biliteral root system, the letter ayin is not one of the seven radical letters that join with biliteral roots to create a triliteral root, in the case shavua there is ample room to argue that shin-bet-ayin can nonetheless be traced back to the biliteral root shin-bet because in Aramaic the word for “seven” is shav, which is the same as the Hebrew sheva without the letter ayin. Rabbi Mecklenburg relates these terms to the word shvuyah (captive), because a captive is stuck within a closed system, one which repeats itself over and over and constantly “returns” back to the beginning. In the same way, the words shabbat and shavua represent circular periods of time which automatically restart when they have reached the number seven – seven-day periods, seven-week periods, seven-year periods, or, as mentioned by the medieval Kabbalists, even seven thousand-year periods.

Rabbi Pappenheim offers a similar explanation, noting that when one successfully “returns” to one’s home, one no longer needs to engage in any further movement towards reaching that goal and thus effectively “stops.” As a result, shabbat in the sense of the cessation of movement or effort flows from the idea of returning. As a corollary of this, he adds that a captive has been deprived of freedom of movement and is thus forced to remain in a state of “resting” as though already “returned” home.

When G-d warns that He will punish those who sin “sevenfold” the amount of their sin (Lev. 26:18, 26:24, 26:28), the word sheva in that context does not literally mean “seven” in the numeric sense, but rather refers to excessive punishment which repeats itself over and over, as though it functioned like a shabbat/shavua. In the same vein, undertaking a shevuah (oath) enters oneself into a closed system with certain rules. Whether one swears to do or not do something, he becomes obligated and tied down, like a captive, in a way that compels him to fulfill his word.

That said, Rabbi Mecklenburg still sees a difference between the words shabbat and shavua even when they both mean “week.” He explains that shabbat refers specifically to a seven-day calendar week that begins with Sunday and culminates with the Sabbath. To him, the fact that the week concludes with Shabbat allows the Sabbath to lend its name to the entire seven-day period preceding it. On the other hand, the word shavua is a cognate of the word sheva and simply refers to any seven-day period that need not necessarily start on Sunday and end on the Sabbath.

Interestingly, Rabbi Dr. Alter HaLevi Hilowitz (1906-1994) thinks that even shavua means “weeks” in the sense of calendar weeks and not common weeks (i.e., any seven-day period). Using the name of the holiday of Shavuot implies that the holiday’s date should be determined by calendar weeks that always start on Sunday and end on Shabbat. Because of this, he argues that the name Shavuot lends credence to the heretical Sadducean view that the Counting of the Omer always begins on a Sunday, so that Shavuot will always occur on a Sunday – after seven complete “calendar weeks.” Because of this complication, argues Hilowitz, the rabbis refrained from calling the holiday Shavuot and instead used the term Atzeret (see my previous essay “Stop! It’s Shavuot,” May 2018).

The connection between shevuah and sheva is also noted by Ibn Ezra, who points out that Sefer Yetzirah (4:2) asserts that the first six numbers represent the six cardinal directions (up, down, left, right, forward, and backward), while the number sheva represents G-d Himself – He who is in the middle of everything, serving as the Prime Mover. Based on this, Ibn Ezra suggests in several places that shevuah is related to sheva because when one undertakes an oath one essentially draws a connection between that about which he swears and the existence of G-d in order to make a truth-claim. It is as if the oath-taker says: “Just like G-d is true, I swear that such-and-such is/will be true.”

Similarly, Rabbi Samson Raphael Hirsch (to Gen. 21:23) accounts for the connection between shevuah and sheva by explaining that ever since G-d created the world in Seven Days, the number seven came to be especially associated with Him and came to universally symbolize His role as Creator and Master of the Universe. Indeed, seven was a significant number in many Ancient Near Eastern texts. Based on this, Rabbi Hirsch explains that the act of undertaking a shevuah actively places the oath-taker under G-d’s direct control, as if to say, “If what I am saying is not true, then I hereby deliver myself into G-d’s hand to do to me what is just.” Like Rabbi Pappenheim and Rabbi Mecklenburg, Rabbi Hirsch also sees a link between shevuah and shevuyah, arguing that just like the shevuyah has been taken captive, so too is the oath-taker “captured” within G-d’s direct control.

We conclude with the inspirational words of Rabbi Yeshayahu Horowitz (1555-1630), author of Shnei Luchos HaBris (Shelah), who wrote that G-d created the world in six days and rested on the seventh as a way of alluding that a person ought to utilize his entire lifespan – with the average human lifespan considered seventy years (Psalms 90:19) – and not waste it. He adds that the Torah’s commandments that revolve around the number seven (the prohibition of eating chametz for seven days, for instance, or the seven days of celebration after a bride and groom are wed) also serve to remind a person to fully take advantage of his seventy-year lifespan and never waste his days. 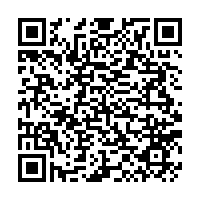