Contemporary Jewish life has been dominated by the crisis of the Modern, shaping more than anything else the profiles of Jewish Art. Traditional society is challenged, pre-modern people are forced into colonial empires and nationalist aspirations spout across the globe. And nowhere else has the turmoil been more apparent than in the rebirth of Palestine. Jewish Art as a national cultural expression was reborn in the Land of Israel in the early years of the 20th century. The goal of many of these immigrant artists was to create a visual expression of the Jewish people finally ensconced in their land.

In 1906 Boris Schatz (1867-1932), a painter and sculptor, founded the Bezalel School of Art in Jerusalem. The school was to provide the foundation for a whole new class of Jewish artists who would create a new, national Jewish style. They would be steeped in ancient Jewish traditions and rooted in an appreciation of the Land and its indigenous people. Trained to be well versed in both the fine and applied arts, the artisans were uniquely poised to lead the cultural vanguard within the Zionist enterprise. By 1911 there were some 460 students at the school that was heavily influenced by the English Arts and Crafts Movement of William Morris and John Ruskin. Reflecting the Eastern European socialist origins of many of the students, the school tended to be an anti-elitist, craftsman-oriented effort to create a “popular art” of the Jewish people. With a few superficial exceptions, early Jewish Art in Palestine turned its collective back on the dynamic world of 20th century Parisian Modernism, attending to the immediate task of nation building.

Able Pann (1883-1963) was one of the earliest teachers at the Bezalel School and espoused a vision of Biblical Art, using local Bedouin characters as his models. His early teachers in Paris were a study in contrasts: Bourgereau, the dean of 19th century academic conservatives and Toulouse-Lautrec, the “bad-boy” of avant-guard Post-Impressionism. Already successful as a painter and cartoonist, he went to Palestine in 1913 and created his magnum opus, “The Bible in Pictures.” The images are original costume tableaus capturing the Biblical narrative as if it was occurring to Bedouin tribesmen in a timeless Palestine. “Abraham and Isaac” depicts the robed Patriarch in a fantastic white headdress embracing his bound son, tenderly drawing him close with his arm that clutches the sacrificial knife. It is an unforgettably upsetting image.

Pann is singular in his use of Biblical subjects. All of the other Bezalel artists ignored the Torah and concentrated on Judaica crafts and sentimental local scenes of Jewish and Arab life. Reuben Rubin (1893-1974), also associated with the Bezalel School, created a vision of the Land of Palestine in countless landscapes studded with olive groves, Cyprus trees and Arab villages. Jewish settlements were integrated into his charming and somewhat primitive folkloric paintings that represent the early Zionist vision of Jewish immigrants living in peace with the indigenous Arab population. “The Road to Jerusalem, Ein Karem” (1925) is a typical expression of his love of the picturesque and romantic Palestinian landscapes.

As a national Jewish Art was struggling to be born in Palestine, a particularly Jewish vision was having a profound effect on Modernism in France in the person of Marc Chagall (1887-1985). In his long and prolific creative life, the old world and Modernism collide to spectacular effect. Chagall’s Russian Jewish roots are well known and yet the Jewish core of his work is frequently ignored, even though he was the only major modern artist to create significant works using Jewish and Biblical subjects. He declared in 1922, “If I were not a Jew, I wouldn’t have been an artist or I would have been a different artist altogether.” It follows that much of his work is based on that identification, frequently intertwining the Biblical with the contemporary world.

“The Red Jew” (1915) is seated and yet towers over his house and the shtetl behind him, imposing a disjunctive Modernist vision on the viewer. The Jew’s universe is grounded in the Hebrew passages from the Torah that make up his textual background even as the violent colors, sharp angles and willful distortions thrust him into the contemporary pictorial world.

While Chagall’s oeuvre is laced with overtly Jewish themes, his masterpiece of Jewish Art stems from the 105 etchings he did of “The Bible,” started in the 1930’s and finally published in 1956. Many subsequent paintings and graphic work flow from this series that are totally unique in its engagement between a highly acclaimed Modern artist and the Biblical narrative.

“Deliverance of Jerusalem” is based on Isaiah 52:1-7, that proclaims, “Awake, awake, clothe yourself in splendor, O Zion, Put on your clothes of majesty, Jerusalem, holy city!” A circle of light offers the view of the fabled city on a hill, filling with the joyous and heralded by a trademark Chagall angel, twisted as its swoops down blowing a shofar. The angel’s long curly hair echoes the artist’s own locks while the tefillin on his head roots Chagall’s vision in the 2,000-year faith of the Jewish masses. Significantly, this motif informs the “Entry Into Jerusalem” tapestry in the Israeli Knesset.

The past and present are conflated in Chagall’s “The Flayed Ox” (1947) (echoing Rembrandt and Soutine) that was created in the shadow of the Holocaust and unflinchingly confronts the enormity of the European disaster. The schochet (an image of Chagall’s grandfather) floats helplessly over the flaming shtetl as the violently slaughtered beast laps up its own blood. Europe has killed itself along with its Jews.

Individual artists have dominated Jewish Art in the 20th century. Even the Bezalel School never really produced a collective style. The constraints of space have unfortunately forced me to ignore many other important Jewish artists. But another trend can be discerned in the works of artists who also happen to be Jewish. An argument can be made that even lacking identifiable Jewish subjects, certain artists were successful in inculcating Jewish ideas and sensibilities into mainstream Modernist culture. The work of Chaim Soutine (1893-1943) is emblematic of this notion.

Soutine was born in a village in Lithuania and soon developed a passion for drawing. He studied art in Vilna and in 1913 moved to Paris. He got to know other Jewish artists there, notably Amedeo Modigliani and Jacques Lipchitz. His subjects are portraits, still lifes, landscapes and depictions of dead and slaughtered animals. Soutine developed a signature, expressionist style that many credit as being a precursor and dominant influence on the New York School Abstract Expressionists of the 1950’s. The thick and violent impasto lends an urgent, troubled air in most of his paintings, as if the world the artist inhabits is being torn asunder, pulled in many directions by unseen forces. There is little that is stable and comforting in Soutine’s world between the wars. Even “Return from School after the Storm,” (1939) is fraught with terror.

Soutine’s status – doubly alienated, as a Jew in Paris and from the Judaism of his homeland – informs the insecurity and anxiety found in his works that are a prescient portrait of European society careening towards the abyss of the Holocaust. Out of that abyss, a very different Jewish Art will emerge into the contemporary art of our time.

Richard McBee is a painter and writer on Jewish Art. Please feel free to contact him with comments at
rmcbee@nyc.rr.com.

Return from School after the Storm, (c.1939), Oil on canvas by Chaim Soutine Courtesy: The Phillips Collection, Washington.
Advertisement 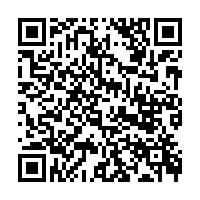