Andy Warhol: Good for the Jews?

Written and performed by Josh Kornbluth

Andy Warhol: 10 Portraits of Jews of the 20th Century in Retrospect

Although one understands the absurdity that Kornbluth is mocking, there is actually something a little inspiring about a worldview in which every seemingly ordinary object can carry vast spiritual implications. Whether the dryer – through some religious chaos theory – holds the Jewish fate in its lint filter, Kornbluth devotes his performance to the question of whether Warhol is good for the Jews, a question of which he is initially quite skeptical.

The Contemporary Jewish Museum of San Francisco commissioned Kornbluth to create a monologue about Warhol’s 1980 series, “Ten Portraits of Jews of the 20th Century,” which depicts Sarah Bernhardt, Louis Brandeis, Martin Buber, Albert Einstein, Sigmund Freud, George Gershwin, Franz Kafka, the Marx Brothers, Golda Meir and Gertrude Stein. Though he says he felt he should be the target audience for an exhibit at the Contemporary Jewish Museum – “I’m Jewish and I live now, it should be just for me!” – Kornbluth, who was not a practicing Jew at the time, grew frustrated with and offended by the banner announcing the CJM show: “Warhol’s Jews.” 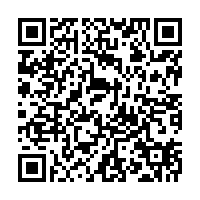