Ashley Blaker, now on his “Strictly Unorthodox” tour in New York at the Jerry Orbach Theater, is making a name for himself as something of a rarity: a charedi stand-up comedian.

Blaker wasn’t always charedi. Indeed, he grew up in North London in a non-observant home. But Blaker told The Jewish Press that “the UK is very different than America in terms of religiosity…. [E]veryone goes to shul. It’s very much the culture.”


And shul is where Blaker began his path to religious life. After Blaker married, he visited his new local shul. “The rabbi,” Blaker recalled, “was so welcoming, and asked me: ‘What are you doing next Shabbat afternoon? We have difficulty getting a minyan for Minchah.’”

“I have a hard time saying, ‘No,’” Blaker recalled with bemusement. “So when he asked me about next Shabbat – and then Sunday, Monday, and so on – I agreed to come. It’s no crazy, inspirational story. It pretty much just evolved out of that commitment.”

After attending Oxford University and receiving a BA in history, Blaker went on to Cambridge University to do a PhD in Christian theology. But comedy always played a large role in Blaker’s life. Indeed, already in high school, Blaker put on comedy shows and performed in various London night clubs.

“In retrospect, I didn’t really succeed. I was okay, [but] not great. I didn’t have anything to talk about or poke fun of because I had no life experience,” he said.

Years later, though, after he became religious, Blaker suddenly realized that his material had improved. “I had so much more to talk about,” he said. “It’s kind of like I had to become frum to find things to talk about.”

Before performing, Blaker worked for 18 years as a writer and producer for BBC, working on such shows as “Pompidou,” “The Matt Lucas Awards,” and “Little Britain.” At BBC, he stood out as the only person in the writing room with peyot and clad in black and white.

“People used to ask me to speak at events about what I do, and what my life is like. I’m like: What am I supposed to talk about? I didn’t realize that my situation was pretty interesting.” But he spoke – and got great feedback. So after a number of performances at various melave malkas, shul luncheons, and other events, Blaker thought: “Maybe I should ditch the shtender, grab a mic, and actually make something out of this.”

He quickly found his niche. “There are other Orthodox comedians,” he said, “but no one [was] having the same interactions in the writing room…. Other frum people love it because they can relate to the awkwardness of not shaking hands with women during work and things of that sort.”

Rabbi Teddy Newman, a blogger, writer and speaker from England now living Brooklyn, told The Jewish Press that Blaker has a “fresh perspective” as a baal teshuvah. “He picks up on things that those who grew up religiously generally gloss over, which makes the bit so hilarious.”

Talia Reese, a fellow Orthodox comedian from Great Neck, said “audiences are charmed by [Blaker’s] wit, and definitely his great diction. He could deliver a routine about taking out the garbage, and it would be hilarious because he makes you notice the funniest things about what you do every day. There aren’t many who can do what he does.”

Is it possible to offer kosher, non-offensive entertainment to Jews and gentiles, secular and frum, alike? Blaker replied: “Someone asked me, ‘Am I going to like the show? Is it kosher?’ I do not advertise as 100 percent kosher. Sometimes a newspaper will advertise me like that, but I never said that. What’s appropriate is different for each person.”

He added: “I perform a show that I would not be ashamed for my rav to see, but I’m sure there are always going to be people that feel I pushed it too far.” Comedy in frum circles, he said, is all about “knowing the fine line, and having good judgement.”

“I never tell a joke,” he said, “that I couldn’t go on TV or radio and justify. Like swearing or using vulgar language I could never justify. I’m very meticulous about what I say.”

Blaker’s routine isn’t just about comedy, he said. It also brings people together. “In the UK, my audience is so wide-ranging it’s incredible. It ranges from charedi to totally unaffiliated.”

Newman noted that Blaker’s material “is funny and relatable across the spectrum,” and that unaffiliated Jews who attend Blaker’s shows are taken aback at seeing “all these men with black hats gather to daven ma’ariv afterwards. They’ve never seen the likes of it before, it’s so interesting to them,” he said.

“My favorite part about what I do,” said Blaker, “besides for making people laugh, is that I get people thinking. The gold standard in comedy is to talk about some thing in a way that when the audience hears it, they’ll never see things the same way again.”

For example, he said, “after doing a routine about men in suits wearing baseball caps, people send me pictures every time they see it because it’s so common but people never noticed it before.”

He added: “I did a bit about frum people parking, and I’ll get pictures of a triple parked car in Crown Heights. I think after my show your eyes are more open to life. That’s something incredible about comedy.” 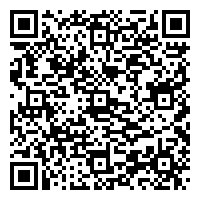