Bezalel, oh Bezalel, what company you keep!  Your parsha, Ki Sisa, takes us from humble devotion to God’s commandments to the utter collapse of Israel’s faith.  God-inspired creativity morphs into pernicious communal idolatry that expresses gnawing doubt and a desperate need for the mechanics of teshuvah.   Yet in the midst of tragedy, drama and redemption, one quiet man and his assistant, Bezalel and Oholiab, were chosen by God to become the alleged ancestors of all Jewish artists.

So let’s get one thing straight.  Bezalel and Oholiab are not the first Jewish artists. As the Torah describes Bezalel he was a craftsman filled with God-given wisdom to learn from others, understanding of his own, and knowledge of Divine inspiration (Rashi) whom God directed to create the objects of the Tabernacle.  So far sounds like an ideal artist.  But the catch is that neither of them made art.  They were inspired Jewish craftsmen who made objects that had specific functions and uses.  True, there can be great artistry involved in the beauty, design and cleverness of functional objects.  But it is not Art.  So what we need to address is the nature of Art and, more specifically, Jewish Art.


Art is by its nature contemplative and contentious.  Its primary purpose is to stimulate the viewer to think about something beyond the art object itself.  Art is a medium to pass through.  Rembrandt’s iconic Jacob Blessing the Children of Joseph (1656) reinterprets the text, showing only the blessing of Ephraim, the younger son. But even more exceptional is Rembrandt’s inclusion of Joseph’s wife, Asnath, who is not found anywhere in this passage.  Her role here is a revelation.  According to the Midrash (Pirkei de Rabbi Eliezer 38), Asnath is the daughter Dinah bore after the incident with Shechem.  The family’s shame was so great that Jacob sent her away and she was eventually adopted in Egypt by Potiphar and his wife.  In Rembrandt’s image she stands before Jacob, her grandfather, and her mother’s tragedy is somehow allieviated; now she returns to her family with the blessing of her children, the future of the Jewish people.  This powerful interpretative role of art is equally true of narrative representations, abstractions and conceptual works that evoke emotions and stimulate intellectual engagement.  Craft is different.

A beautiful kiddush cup is a wonder in itself, calling attention to the object and its ritual use.  The same was true of the objects Bezalel made for the Mishkan: the physical structure, the Aron, the Showbread Table, the Menorah and even the Priestly garments.  From architecture to sacred fashion these ritual objects were participants in the Avodah whose primary meaning rested in the ritual, not in what was used to perform it.  Central to the worship of God they took on an aspect of sanctity unimaginable for a work of art.  So it is true with the objects of Jewish craft we use today. A similar transformative effect is felt in the 1998 Spice Box for Havdalah by Malka Kohavi.  This witty design blends the functionality of a stem pierced with dozens of holes and the metaphor to stop and smell the rose, to ponder the passing of Shabbos and the beginning of the workweek. Torah mantles or Ark Curtains have sanctity in themselves by virtue of their use and proximity to the Torah scroll.  Once worn out or damaged they must be buried with a same respect as a Torah.  Art has another agenda.

Art does not come naturally to Judaism; rather it is almost certainly adopted from the Greco-Roman world.  The decorations in early synagogues evidenced by the Dura Europos murals (235 CE) or the Beit Alpha mosaics (518 CE) are cultural imports.  But as such they were totally Judaized.  The images produced are obsessed with meaning and not ritual.  And while initially decorative, they refer to the undercurrent of textual commentary and midrashim that were forever heard in the background and that always inform our sacred texts.  The Akeida found above the Torah niche at Dura Europos, the very earliest image we have of the subject, mysteriously presents a figure in the tent doorway in the upper right.  Who is it: Sarah, Eliezar, Ishmael?  This foreign element forces us to reconsider what we always assumed about the Akeida and come away with an alternative meaning.   Art is a gateway into intense textual analysis and emotional involvement in narrative and meaning. The images of Jewish Art are not expressions of the will of God, rather they are our attempt to understand the complexities and contradictions of Divine command.  Jewish Art in this context is Talmud Torah, a visual Midrash whose purpose is to pose questions and raise issues.  Conversely ritual and its beautiful ritual objects must provide certainty. 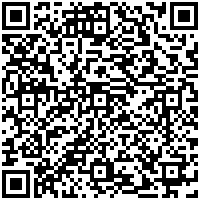