Eli Lebowicz, an up-and-coming Orthodox Jewish comedian based in New York, is heading to Israel this week to perform four shows in three cities over Chol HaMoed Pesach.

Lebowicz blends his self-deprecating style with insights into Orthodox Jewish life. It’s Lebowicz’s first trip to Israel as a comedian and hopes to give both residents and visitors something to look forward to during their Pesach vacation.


Lebowicz got his start in comedy a decade ago at a comedy night fundraiser for Camp HASC at Yeshiva University. He realized quickly that Jewish life and the little idiosyncrasies of Jewish behavior contain a wealth of comedic material jokes.

“Once I realized that my niche was telling jokes, I knew that this could become something more than just a hobby for me; it became my passion,” Lebowicz said.

Reflecting on his routine, Lebowicz said, “It’s the challenge of figuring out the exact wording for a joke that keeps comedians up at night, but the satisfaction of getting it right and that an audience is laughing…makes it all worth it.”

Lebowicz is married and the father of one. For more information visit www.elicomedy.com. 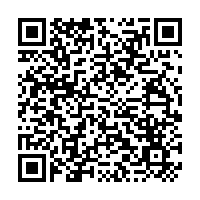