“My background?” he asked. “I am a Jew with a two-and-a-half thousand year history in the land of Esther and Mordechai.”

This was my introduction to Raphael Nouril, a Persian Jewish artist who may be the only man in the world to have painted the portraits of both the Shah of Iran and the Lubavitcher Rebbe. He also is one of the only Jews in the world who speaks Aramaic, having been born in the Azerbaijan region of Iran.


During World War II, though, his family moved to Tehran, and it was there that his artistic talent was recognized. “I was very fortunate to be in Persia in those days,” Nouril said, “because I love classical art. Modern art was dominating Europe and America, but in countries like Persia you could still find old people who graduated from old schools in Paris sitting and painting in that style.”

Nouril, 74, studied under royal portraitist Reza Samimi and soon became so proficient in classical art that when he traveled to Paris to study at the prestigious École des Beaux-Arts in 1966, he was turned away. “They said to me, ‘This is beautiful, but we don’t teach this style anymore. If you want to change your style, you can stay here, but you shouldn’t. Our advice to you is to go to museums and art galleries and study the works of old masters.’”

Not long after, Nouril returned to Iran – after a detour in Israel where he married his wife – and opened his own studio. He also started teaching art. Among his pupils was the brother of Iran’s former prime minister, Haj Ali Razmara.

“One day,” Nouril recalls, “Mr. Razmara came to my gallery to paint. The room was quiet. He was painting in one corner and I was painting in another. Now, when you paint, it’s as if you’re drinking an alcoholic drink; things slip out of your mouth. Suddenly, Mr. Razmara broke the silence and said, ‘Raphael, why do you live in this country?’

“I said, ‘What’s wrong with this country?’ He said, ‘Nothing, you’re Jewish.’ I said, ‘Judaism is only my religion. My nationality is Persian.’ He said, ‘Yes, but you’re Jewish.’ I felt uncomfortable. I said, ‘Do you realize that we Jewish people have a history in Iran since Babylonians times? After so many years, are you telling me I don’t belong?’ He said, ‘Oh, I’m sorry, I didn’t mean to offend you. I want to help you. There will be a big revolution here, you will be in trouble. Get out.’

“I was frightened. I came home and told my wife, ‘I’m not staying here any longer.’ In a matter of 15 days, we found ourselves in London.”

Nouril’s move to England in 1970 not only saved him from the turmoil of the 1979 Islamic Revolution, but also led him to religious observance.

“I was a very secular person,” he said. “We kept Yom Kippur, but we didn’t keep Shabbos.” But then one of his children grew ill, and a Chabad neighbor in London suggested he write to the Lubavitcher Rebbe for a blessing. “My wife said, ‘Raphael, these people are cookoo.’ I said, ‘Who said spirituality is logical? Anyways, we’re Sephardim, we used to go to tzaddikim. Now that we’re in Europe, we became Europeans?’”

The Nourils decided to seek the Rebbe’s blessing. They contacted the Rebbe’s office in New York, and received a reply from the Rebbe that he should hear good news from them. Nothing less than a remarkable recovery followed.

“The whole thing brought me close to spirituality,” Nouril said. Overwhelmed with gratitude, Nouril felt compelled to draw the Rebbe’s portrait. Something, though, held him back. “When I paint a person,” he explained, “I don’t just paint a resemblance. I try to capture the character. But how could I relate to the character of the Lubavitcher Rebbe if I was a totally secular person?”

And so, Nouril concluded he had no choice: He had to become more observant. “I knocked on the door of the Chabad yeshiva and said, ‘Please put tefillin on me.’”

He then obtained several pictures of the Rebbe along with books of his teachings, and proceeded to paint. When he was nearly finished, he flew to New York, hoping to meet the Rebbe and show him the portrait. “I wanted to get a private audience, but they said the Rebbe is very busy. They said, ‘Leave the painting in the office; we’ll show it to the Rebbe and tell you what he says. I said, ‘No way.’

“That night,” he recalled, “happened to be Yud Bet Tammuz, which is a very special day in the Chabad calendar. The Rebbe was talking until 2:00 in the morning and every 20 minutes he gave l’chaim to everybody. After I had a few l’chaims, an idea came to my mind. ‘Raphael,’ I said to myself, ‘Look at these chassidim. They’re all shikker [intoxicated]. Nobody will disturb you tomorrow morning if you stand by the door of the Rebbe’s office and show him the portrait.’”

Sure enough, the next day, Nouril brought his painting to the entrance of 770 Eastern Parkway and unveiled it as the Rebbe approached. The Rebbe’s reaction is one Nouril savors to the present day: “Better than the original,” the Rebbe remarked.

“I had planned on touching up his face a bit after I met him,” Nouril said, “but after the Rebbe said ‘Better than the original,’ I just left it.”

Although his portrait of the Lubavitcher Rebbe is perhaps his most famous – especially in Chabad circles – Nouril has also painted the portraits of Henry Kissinger (“Oh my G-d! This is incredible” was Kissinger’s reaction at the unveiling), Rabbi Lord Jonathan Sacks, and the Shah of Iran (“My portrait has been painted most beautifully,” the Shah wrote in gratitude).

He also paints scenes of Jewish life in Israel. “Jerusalem inspires me a lot,” he said. “I like to paint people in their workshops, in shuls…. When you paint daily life situations, you see lots of expressions, lots of emotions, lots of feeling, and that’s what I’m looking for. I love it.”

Indeed, Nouril’s paintings seem to ooze feeling. I asked him how he does it. Nouril replied:

“When your eye sees, it goes to your brain and heart, and then you bring it on the canvas. That’s why a painting is alive. And that’s what a camera lacks – it doesn’t have a brain and a heart.”

A Few Of My Purim Favorites 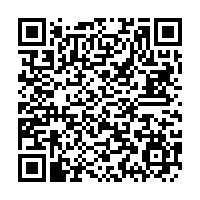