When filmmaker Josh Webber was a little boy, he would listen intently to his grandfather, Max Fronenberg, recount the harrowing experiences he had encountered during the Holocaust. But it was Max’s incredible escape through a secret tunnel that really piqued Josh’s interest.

“I decided that when I got older, I would reenact my grandfather’s incredible escape,” stated Josh, 27, at a recent interview with The Jewish Press.

For the past two years, Josh has committed himself to this endeavor and has recently completed filming the riveting documentary narrative, “There Is Many Like Us.” When Josh began this project he traveled to Miami to interview Max and his second wife Rena, also a Holocaust survivor.

“I was planning to get my grandfather Max on camera to get firsthand information,” he said.

Instead, Josh uncovered some startling information he had not previously known.

“I had been under the impression that Max and his wife Rena had met in Canada after my biological grandmother passed away. I was shocked to find out they had actually met in a Polish prison camp over 70 years ago. I began to unravel a true-to-life love story. I was determined to tell it now, while they are both still alive.”

The story begins when Max, 19, is sent away to the Pawiak prison camp. During the Nazi occupation, Pawiak became the largest political prison in Poland and saw over 100,000 inmates pass through its gates. More than 37,000 were executed within the grounds, while more than 60,000 were transported to extermination camps.

“Max was immediately put to work as a sheet metal worker, a trade he picked up from his father,” explained Josh. “They kept him in this camp specifically because he was a consistently hard worker and they had many uses for him.”

Josh pointed out that Max’s workshop was located on the women’s side of the prison camp.

“That is how he noticed Rena, 16, even though she was with many of the non-Jewish prisoners,” commented Josh. “He could tell she was Jewish by something he saw in her face. He decided to reach out to her and whispered ‘There is many like us.’ Rena did not immediately respond. After several attempts, Rena eventually gave him a note with her name and hometown. ‘I am Jewish,’ she wrote. ‘I know I don’t have a chance to survive. If you ever get out of here, tell my family what happened to me.’”

Max looked out for Rena as much as possible.

“He made shoes for her and tried to do whatever he could to keep her alive,” noted Josh. “They had a strong connection – for what it was. They never had a chance to say more than a few words at a time.”

Max knew that it was just a matter of time before he would become a causality of the Nazis. He and two other prisoners collaborated and secretly began digging an underground tunnel from the Pawiak prison camp to the Warsaw sewer system. The tunnel was completed in 1944.

“As the Russians were closing in, the Nazis were murdering many more people daily, so they decided it was time to escape,” said Josh. “My grandfather, the two other individuals who dug the tunnel, and 15 other people, managed to escape. They had nothing – no money, no belongings, only the clothes on their backs – but they all survived.”

Max was under the impression that Rena had been killed.

“Rena had actually been transported to the Ravensbruck Concentration Camp in Germany and miraculously survived,” Josh explained. Ravensbruck was the largest female concentration camp in the Nazi prison system.

“After liberation from Ravensbruck in 1945, Rena decided to go back to her home to see if any of her family members were still alive,” noted Josh.

While she was waiting for the train back to her hometown, Rena had a conversation with a man who had also been a prisoner at Pawiak. He asked her if she knew his friend Max, who had a workshop on the women’s side of the prison.

“At first, she was hesitant to tell him that she knew Max,” continued Josh. “But as he left to catch his train she ran after him and told him that she did know Max. She told him her name and asked that if he sees Max, he should please tell him that she is alive and is heading to her father’s house.”

When Max got the message from his friend that Rena was still alive, he immediately went to search for her.

“He knew which town she was from and was able to track her down,” said Josh. “When Rena saw him, she felt as if it was a true miracle. They spent several days together and made plans to get married.”

Unexpectedly, Max had to leave town due to a business venture.

“He promised Rena he would return in just three weeks and they would then get married,” noted Josh.

Max’s colleagues had been waiting for him on a truck. As the truck took off, his coat became wedged underneath one of the wheels and pulled him under; he was almost killed.

“They rushed him to a Russian military hospital,” explained Josh. “To make sure he received proper medical treatment, they made up a fake name and said he was a Russian military officer.” Max remained there for six weeks in intensive care.

“When he was barely able to limp around with a crutch, Max decided he must leave the hospital before they figure out who he really is,” continued Josh. “He left the hospital and managed to walk several miles to a train station. My grandfather was determined to travel all the way back to find Rena. When he finally got to her house, he was told that during his absence, her family had married her off to another man. There was very poor means of communication in those days; if you didn’t hear from someone for several weeks, you assumed they were dead.”

With a heavy heart, Max went back to Warsaw and reconnected with some friends. He eventually met another woman, Halina Brandes, who was also a survivor of Pawiak. They decided to get married and moved to Austria. From there they moved to Israel, and then to Montreal. They had two children Louie and Iris – who is Josh’s mother.

“After 30 years of marriage, Halina, my biological grandmother, passed away from cancer,” stated Josh. “Most Holocaust survivors in the Jewish Canadian community knew each other, or about each other. Rena and her husband, who had lived in Toronto, were friendly with Max and Halina. Rena’s husband had passed away ten years earlier.”

When Max found himself in Toronto on a business trip, he decided to look Rena up. They rekindled their decades-old friendship, and, after a year, got married.

“The film ends with a recap of how Rena and Max reconnected and how their life is now,” said Josh, with obvious pride. “The film evokes a message of love and survival and how it all comes full circle.”

Using a combination of actual World War II footage, beautifully shot re-enactment scenes and in-depth interviews, “There is Many Like Us” shares a timeless message of endurance during one of the most horrific events in history. The title is derived from the first communication Max and Rena shared in the prison camp.

“It wasn’t until I worked on this film and started diving into the stock footage and the history of the Holocaust that I truly began to understand that there is so much I did not know,” commented Josh. “Maybe it’s my generation, but so many young people are completely unaware of what happened. This is my way of speaking to those who have never known about the horrible realities of the Holocaust – giving a history lesson while telling this beautiful love story.”

“There Is Many Like Us,” starring Eric Roberts, Tyler Mauro and Kayleigh Gilbert, is practically complete, but not yet ready for release.

“I am at a point now where I know that I have a great film, but I do not have the funding to finish it,” revealed Josh. “I am at a place where I need to put the crucial finishing touches on it like sound design, visual effects, getting the word out and submitting to national film festivals. I am so close, but I don’t have the funding to pay for these things that are very important.”

Hopefully, the film will debut in theatres nationwide very soon. Webstar Productions (Josh Webber Films) is offering co-producer and business sponsorship opportunities for the film through Kickstarter. Josh can be reached at Thereismanylikeus@gmail.com. 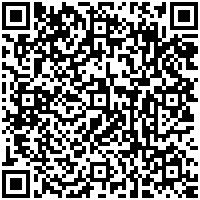