He half-jokingly makes this claim – in reference to his large size at birth – in the new Netflix documentary “Never Stop Dreaming: The Life and Legacy of Shimon Peres.” Peres looms large in Israeli history in many ways; as a hero, a failed politician and one who strengthened Israel’s reputation around the globe.


Narrated in fine fashion by George Clooney, we learn that Peres was known as a dreamer, a term that could be used both as praiseworthy or as a critique of him. The President and three-time Prime Minister, is said in this documentary to be greatly responsible for the heroic rescue of passengers in Entebbe, Uganda, in 1976, in what is seen as one of the wildest and most impressive military operations of all time. He is also credited with helping establish Israel’s nuclear program, by saying Israel would “rent” instead of buy uranium from France, and when that government fell, he “bent” the rules by backdating an agreement.

Directed by Richard Trank and produced by Moriah Films/The Simon Wiesenthal Center, the film is a powerful and inspiring narrative about a man whose heart was in the right place. The film chronicles his journey from the Polish town of Vishnyeva, Belarus, where there was no electricity. Peres, who was religious as a young man, chastised his father for listening to a battery-operated radio on Shabbat. His father left for Palestine when anti-Semitic taxes took place and Peres himself left when a Jew was killed in the forest. Peres’ grandfather told him to remember one thing: remain Jewish. His grandfather was burned alive by Nazis in the Holocaust as he and others were forced to stand in the town synagogue which was locked and set ablaze. Peres’ father was taken captive by the German Army in World War II but escaped and returned.

Then there’s British prime minister Tony Blair. “I think a lot of people sometimes found the scale of the vision too utopian, but he never meant it to be something that existed only in theory,” Blair said.

Citing the ideal of optimism, former President Barack Obama asserts that Peres became something of a magnet that attracted young people because of that quality.

His “never say die” attitude included, according to the film, a time he’d fight with a stronger friend who would knock him down time and time again. But he would keep getting up, saying “nacha mol” Yiddish for “another time.” The reason: he thought he could always win the next time.

The film does not do much to explain why he lost numerous elections, including to Menachem Begin and Bibi Netanyahu by strangely small margins.

In one bizarre and confusing moment in the film, Peres reflects on a time when Palestinian terrorism claimed the lives of about 60 Israelis in 10 days. He makes the claim that he asked Palestinian leader Yasser Arafat to respond to the situation, and Arafat said he would stop it and arrested numerous people. Peres’ assertion is that Arafat was too late and too slow. Seconds later, we see Peres presented as the amazing statesman, explaining to a naïve Netanyahu how to talk to Arafat. What? Was there a mistake in editing? Peres, who misjudged Arafat’s desire or ability to curb terrorism is all of a sudden, the expert to advise Netanyahu? This did not make so much sense.

This film also makes the assertion that Hamas might never have been formed, if only Prime Minister Yitzhak Shamir would have agreed to the terms of the London Agreement between King Hussein of Jordan and Shimon Peres. Could this be true? Perhaps, but it is very difficult to know what would have taken place if we changed history. We do know that the Oslo Accords, were celebrated as something momentous. In theory this was true, until Israelis saw that there was still terrorism, the sides were far apart and not much had been achieved.

One of the stranger elements of the film is the suggestion that when Peres went to great lengths to secure weapons for Israel around the globe, and if only he had worn an Israeli Army uniform, his political career would have gone much more smoothly. This sounds quite bizarre. Clearly one may fault him for not serving in active combat, but clearly getting weapons was of extreme importance.

Peres was a person of great energy and the film shows an epic moment when he says the kaddish for the dead for those murdered in the Holocaust in Germany and he says the prayer at what was once the Reichstag building. He also exhibited great oratory skill, even garnering praise from Bibi Netanyahu when Peres eulogized his brother Yoni, who was killed in the rescue of the hostages from Entebbe. Interestingly, Peres was bothered by the fact that people said he had an Ashkenazi accent, which is to be expected based on where he came from.

The film has a bit of humor as well. Peres tells an anecdote of a time when he was super excited to meet David Ben-Gurion for a car trip, only for Ben-Gurion to fall asleep, then wake up and out of nowhere declare that Leon Trotsky was not a good leader of Russia.

We see in this documentary that Peres has the most unenviable task of telling Leah Rabin, Yitzhak Rabin’s wife, that her husband was no longer alive, after he was assassinated by an Israeli. He remarks that earlier at the pro-peace rally, it was the first time he ever saw Rabin laugh and it was the happiest Rabin ever was. In another one of the sadder moments of the film, he remarks of seeing the death of Ben-Gurion: “I saw this lion, lying like a dead person.”

Who knows what would have happened had these tragedies not occurred? There are still some who believe that, had Peres beaten Netanyahu, there would have been a peace deal. Alternatively, there are others who think that if Peres won there could have been more violence and death. Nobody has the answers, only the questions of whether there will ever be peace and how we get on the road to get there.

Peres lived to be 93 and in his later years continues to advise heads of state around the world. Do some of his decisions deserve to be questioned? Certainly. However, this is true of all politicians, and one could argue that Israeli politicians have had it much tougher than others. But most of all, this strong film shows that he had courage and conviction to do what he felt in his heart was right, even if it was not always the safest thing to do politically.

One can’t watch this film without hoping that by some miracle, leaders arise that are humble, willing to make hard sacrifices and can somehow take measures that lead, not to lip service, but to a reliable, sustainable peace for all parties. 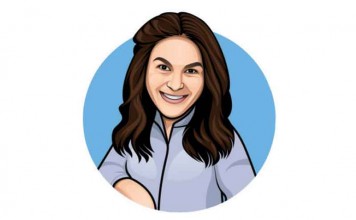