Shepherdstown, West Virginia – At funerals, when the dead are eulogized, it is often said that the departed made the world a better place. In some cases, these words are true, while in others, they are nothing more than hyperbole. The phrase “tikkun olam” means that Jews should seek to repair the world by doing good deeds and promoting justice. But what about those who are not Jewish? What is the requirement of any human in the face of great atrocity and injustice?

Oskar Schindler and Raoul Wallenberg are known as two of the most famous righteous gentiles, people who saved Jews from certain death at the hands of the Nazis, by hiding them, providing them with special documents protected them or helping them escape.


One young German woman, Sophie Scholl, decided not to be a common bystander and along with a group of fellow college students, placed anti-Nazi leaflets at their university in Munich and were caught. As part of the Contemporary American Theater Festival, David Meyers’ evocative play “We Will Not Be Silent” focuses on the interrogation of Scholl at the hands of a fictional character, Kurt Grunwald.

The audience is a fly on the wall as the minimalist setting is simply a table and two chairs. The two characters trade insults and world views. At first, it would not appear to be a fair trade. Grunwald is large in stature and he yells at Sophie, while she is frail, short and skinny. But she is not powerless by any means. When Grunwald says that Hitler can’t be stopped, she jabs at him.

“Only because Germany is made of men like you,” she tells him.

Interestingly, Grunwald plays both the good cop and bad cop, trying to appear sensitive at times, while bluntly threatening her at others.
“I’m not wholly unsympathetic to your view,” he tells her.

“This is what they’ll do to you if you don’t talk,” he barks at her at another moment.

Grunwald is certainly lying about some things, including when he says he is not in the Gestapo. But perhaps the sight a young German who otherwise could be his daughter, cuts through a layer of his desensitization and makes him feel guilty. Not that we would at all feel bad for him.

Paul DeBoy is masterful as Grunwald, a man who makes the common excuse that he is simply following orders and the law and urges Sophie to confess. DeBoy is able to seamlessly transition from a supposed paternal figure that wants to help Sophie, to a violent animal who snaps at her and could rip her to shreds without a care in the world. This is something lesser actors would struggle with and DeBoy steps up here.

As Sophie, Lexi Lapp shows a stubbornness that could make us believe she is a part of the White Rose group, responsible for the only collegiate resistance against Hitler. When she shakes, due to dehydration and lack of food, she really looks like she has not had anything to eat or drink in some time. After Grunwald tells her that if she confesses she will not be killed, she must decide if she is telling the truth and even if he is, if it is worth it to do as he says. When the play’s title takes on a new meaning in the last minutes, Stoll makes sure that Sophie’s struggle is palpable.

The direction of Ed Herendeen puts Sophie in a corner literally and figuratively and his use of light makes the play more eerie. It is as if the spotlight is on the soul of Sophie. “We Will Not be Silent” is a play that that makes you want to go into a time machine and save Sophie and makes you want to save anyone you can in current times. It is a riveting show that reminds us what it means to be a human, what it means to be a beast and asks the painful question of whether or not we are as human as we should be.

Near the end, Sophie struggles with the desire to live and the desire to stand to her principles. She wonders if her sacrifice will make any difference. Is she noble or naïve? Will her parents be proud? And what if nobody takes up the mantle after her? “In To Kill A Mockingbird,” Atticus Finch, who is white, defends Tom Robinson, a black man accused to assaulting a white woman. Even though Finch knows a racist jury will convict Robinson, he takes the case to set an example. In “The Crucible” John Proctor signs a false confession that he has seen the devil, so he will be spared the rope, but he rips it up because he wonders aloud: “I have three children—how may I teach them to walk like men in the world, and I sold my friends?” While he does not say anyone else is a witch, by confessing and living, (which was what judges ruled would take place) while others were hanged for saying they were not witches, it would look like the truth-tellers are liars.
Here, Sophie second-guesses herself and wonders why she put her life in jeopardy and says “if I didn’t do it, I was already dead.” Shortly before this, it would have been beneficial to have a flashback to show the audience a time where Sophie was happy to juxtapose the morbidity of imminent death.

Still, the play packs a lot of power into a small space and you’d expect that this show would come to a New York theater in the near future. It is fitting that Meyers, who had a grandparent escape Germany in 1938 and another in 1939, would write about such a topic.

Perhaps one of the most telling lines in the play is when Grunwald tells Sophie: “I’ve forgotten how stubborn young people can be, especially when they believe in something.”

In a way, “We Will Not Be Silent” is a eulogy for Scholl, who was executed in 1943. The guillotine that reportedly used to take her life, the life of her brother and thousands of others, was found three years ago. In reflecting on those who stuck their neck out when they had no skin in the game, the pulsating questions in your head after seeing this play will be: “Would I have stood up for the Jews if I was not Jewish? Would I have spoken up for abolition in the time of slavery if I was white? What am I doing to stand up for what is right in 2017?”
You may not have immediate answers, but the fact that the questions are in your head means that theater has done its job. 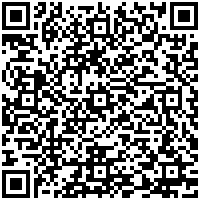