A quiet monument to the courage and determination of hundreds of thousands of Jews sits vulnerable on the Lower East Side of New York City at 228 East Broadway. This location was the former home of the Bialystoker Center, built in 1931. For many years it was primarily operated as the Bialystoker Home for the Aged that finally closed in November 2011. In its heyday it was one of the most important Jewish benevolent societies, a landsmanschaftenfor generations of immigrants from Bialystok. A groundswell of protest has arisen over the proposed sale of the building to a luxury residential developer with the possibility of its demolition. They are harnessing support to appeal to the NYC Landmarks Preservation Commission to save the historic façade that boasts an Art Deco gem, roundels representing the 12 Tribes of Israel under the proud Bialystoker name.

While initially easy to miss, especially since it is now partially covered with scaffolding, the façade leads to significance in two different directions. First it testifies to an enormously important aspect of Jewish immigrant history and secondly reflects the complex relationship between tradition and modernity, still playing itself out in the 21st century.


New York City, and specifically the Lower East Side, was in 1910 the largest Jewish city in the world. Moreover, the Lower East Side was arguably the most densely populated place on the planet. These facts alone set the stage for a momentous transformation of the downtown Jewish population. The predominately Jewish Bialystok suffered terrible depravations and violence during the Russian Revolution, World War I and subsequent upheavals. Therefore a mass emigration occurred both before and after WWI that resulted in a diaspora of Bialystoker Jews in Chicago, Buenos Aires, Melbourne and Tel Aviv.

The first Bialystoker landsmanschaften was established in 1886 and the Bialystoker Center in 1919. The current building opened to great celebration in 1931 with the Forward declaring, “Bialystok is now on East Broadway.” As the Bialystoker Jews banded together they offered services and collected money – not only to help their brethren here in New York – but also to help rebuild Bialystok in what is now Poland. This strong sense of identity, “forever a Bialystoker,” entered the complex immigrant mix in 1920’s – 1930’s Lower East Side. Many Jews resisted American values and assimilation and did not even become citizens or learn to speak English. They dug in and lived as if they had never left home, while others attempted to adjust to modernity, sometimes even completely abandoning Jewish life. It was complex and bewildering for thousands of immigrants and their descendants and the Bialystoker Center was at the center of much of it.

The façade of the Bialystoker Center expresses much of this complexity. The grand doorway boldly proclaims “Bialystoker” in Hebreicized English lettering. The pride of Judaic-Polish ancestry is proclaimed simultaneously as the English language, and all it implies, is asserted. Above the entrance doorway the stone façade is capped by a grand balcony. Art Deco stylized reliefs ascend between the three central windows for the eight floors of golden brick. In its time it was one of the tallest and grandest buildings on the Lower East Side. It is clear the architect Henry Hurwit wanted to send as inclusive a visual message as possible.

The recessed doorway is concise, assertive and revealing. The 12 Tribal symbols flank the doorway: 4 on the right, 4 on the soffit above and 4 on the left. The images are ensconced in roundels that approximate a Hebraic formulation (right to left) of Jacob’s “blessings” found at the end of Genesis. They start on the right with the first born, Reuben, travel up, cross the transept and down the left side to the final child, Benjamin.

The exact order and most of the images actually follows the Midrash Rabbah on Numbers 2:2 that expands on the arrangement of the tribes around the Tent of Meeting in the wilderness; “The Children of Israel shall encamp, each man by his banner according to the insignias of their fathers’ household.” This midrash codifies the information from Jacob’s blessings (Genesis 49) and Moses’ blessings (Deuteronomy 33) into a blueprint for the color and image for each tribe’s flag or symbol.

At the base of each side panel there are stylized representations of the Temple Menorah superimposed over a Star of David/pyramid design anchored by schematic sunrises. These images link this building on East Broadway with both the ancient Temple and the growing Zionist movement in Palestine. Reuben’s mandrakes, a gift of fertility for both his mother and Rachel, effectively sidesteps Jacob’s stinging castigation. Simon is represented by a massive city gate, alluding to the city of Shechem, while Levi gets off scot-free with a depiction of the High Priest’s breastplate, the Choshen HaMishpat that contained the Urim and Tumin. The right side panel is then completed with the Lion of Judah confirming Jacob’s blessing of kingship to his fourth born son. 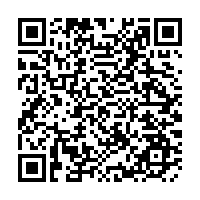