In the last few decades, in the race against time to record as much as possible of the experiences of Holocaust survivors — a feat in itself since words can rarely do justice to what they endured and survived — much has been written about this era. The Azrieli Foundation has instituted as one of its projects a series of first-person Canadian Holocaust survivor memoirs, recording the last remaining vestiges of memory of one of the most cataclysmic and horrific periods in Jewish history.

Rabbi Hirschprung’s account, The Vale of Tears, recently published in English by the Azrieli Foundation in Toronto, differs from many memoirs in several ways. First, though not a diary, it provides a near day-by-day account of events as they occurred. Known for his photographic memory, Rabbi Hirschprung was able to recall extended conversations and other details that enliven this work. Second, it was written originally in Yiddish, having been serialized and presented in short chapters in Der Keneder Adler, Montreal’s daily Yiddish-language newspaper, in 1944, and only recently translated.

Third, Rabbi Hirschprung became a Canadian gadol hador. Though many accounts exist of great rabbis during the Holocaust, this is a first-person narrative by a young rabbinical student who was destined to become a prominent Torah voice of the twentieth century, as Rabbi Hirschprung served as the Chief Rabbi of Montreal for almost 30 years. One of the rare memoirs of the Holocaust written from the point of a view of a rabbi, it contains no small amount of Torah thoughts, Talmudic discourse and Jewish philosophy, presented in a manner that is easy for the layman to understand.

The memoir follows a year and a half of the travels and travails of Rabbi Hirschprung from the beginning of World War II until his arrival in Japan, events that involved much Hashgacha Pratit and many miracles, in which he served both as beneficiary and messenger. Rabbi Hirschprung was one of the lucky students of the Chochmei Lublin Yeshiva who made the unlikely trip to freedom in Canada from his hometown of Dukla, Poland, via the Soviet Union, Vilna, Kobe and Shanghai, thanks to the hospitality of Japan’s government and the valiant efforts of Chiune Sugihara, the Japanese consul general who, in 1984, was named Righteous Among the Nations by Yad Vashem.

From the picturesque and pastoral shtetl of Dukla in Galicia to the cosmopolitan yet tranquil city of Montreal, we follow a physical, spiritual and emotional journey. A rich thread in the tapestry of Jewish history that shows the strength and tenacity of the Jewish people, Rabbi Hirschprung’s memoir offers an inspiring record of how Jews in small-town Poland did their best to circumvent both the harsh edicts from the Nazis, yimach shemam, and the spiritual threats of the Soviets while still maintaining their faith and ritual.

Being a native of Montreal, I followed Rabbi Hirschprung’s story with personal interest. And as he shares with us, his readers, the audiences he had with the illustrious and venerable rabbis of the time, I recognize these names from the streets of Petach Tikvah, where I am privileged to live today.

Rabbi Hirschprung’s journey is one that his readers take with him, and like him, they are changed by the end of it.

The Vale of Tears is available through Amazon and the Azrieli Foundation website. 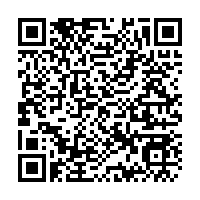