Chava Willig Levy announces the themes of her memoir, A Life Not With Standing, on the dedication page:

“More important than a life not with standing is an upstanding life”  and “Where there’s a Willig, there’s a way.”


The first theme encapsulates her approach: while using a wheelchair or a scooter, she chooses to live an upstanding, outstanding life.

The second theme reveals how she accomplishes so much; her will power is stronger than any obstacle she faces. Her education, her professional accomplishments, her marriage and her family are proof of the axiom in the Zohar:  “Ein l’kha davar ha’omeid bi’f’nei ha’ratzon” – nothing stands against the will.

Determination is now being studied by educators and psychologists who want to understand why some people born with every gift do not achieve a meaningful adulthood, while others born into a challenging existence rise above their beginnings to enjoy accomplished lives.

The essential quality is called “grit,” and Sonia  Sotomayor’s memoir, My Beloved World, is being held up as an example. This justice of the Supreme Court began life in a poor Puerto Rican family in a rundown neighborhood in the Bronx; she found out in elementary school that she had juvenile diabetes. Because of complications in her parents’ lives, she had to inject herself with insulin every morning. Despite these and other difficulties she went on to Princeton, Yale Law School, and a distinguished career as a judge.

Ms. Levy’s memoir can stand beside Judge Sotomayor’s as a sparkling example of grit. She was attacked at the age of three by an insidious enemy, polio, that turned a lively little girl into a patient in hospitals who had to endure one surgery and procedure after another. But she vanquished that enemy. Although she suffered pain and, at times, isolation, Chava Willig determined that she was going to enjoy a full life: after years of education in separate classes in public high school, a bachelor’s degree from Stern College; a year of study in Israel; a master’s degree; fluency in Hebrew and French; professional accomplishment; the warmth of family and friends; joy in music and singing. She achieved goals beyond all of these:  marriage and the creation of a beautiful family.

Sotomayor rues the fact that she never had children, but reasons that she might have passed on the gene for juvenile diabetes. Chava and her husband, Rabbi Michael Levy, had no such fears; the virus that attacked her body and the blindness that attacked his vision were both terrible intrusions on the lives of little children. They choose to understand  that they  were destined to come together. They expressed this understanding with the outline of a sailboat on their wedding invitation; on the cover of this book is a boat with a mast, ready for sails.

The idea behind both is from the Yom Kippur prayer “Like the helm in the hand of the sailor…So are we in Your hand, Good and forgiving God.”

The theme song for the Levys’ life might be the one based on an Aramaic word:  “a’de’rabba,” on the contrary.  With her love of playing on words, Ms. Levy has incorporated that idea in her title: “notwithstanding” as one word means “in spite of the fact that.” She writes with such wit and humor that  I found myself smiling as I read.  Her account of how a snub years earlier by an usher at Binyanei Ha’Umah is reversed in a wonderful moment  during her second date with Michael is a brilliant insight into taking the long view (like the giraffe in that episode).  I have re-read Chapter 18 several times  to enjoy the flow of the story and to think about Divine supervision of our lives. 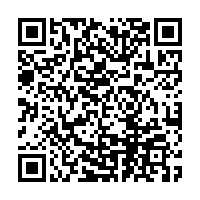