Baseless Hatred: What It Is and What You Can Do About It, a new book by Dr. Rene Levy, tackles a problem that has plagued the Jewish people from very early on in their history; the destructive aspects of which have been responsible for some of their greatest historical calamities and continue to threaten the unity of the Jewish people today.

Levy, a Professor of Pharmaceutics and Neuropharmacology at the University of Washington, calls on his background in the sciences to explain a domain that ” remains largely enigmatic and lacking a strong empirical foundation.”


The book begins by delving into the original concept of baseless hatred – sinat chinam – as introduced by the sages of the Talmud in the context of the destruction of the Second Temple and the exile of the Jewish people from the Land of Israel. What is the causal link between calamities of historical proportions and a behavior like baseless hatred, Levy asks? “How could a whole people be defeated and become homeless just for that reason?”

In the chapters that follow, Levy offers an approach to understanding the phenomenon of baseless hatred, elaborating on the main characteristics of hate as described by psychologists and neurobiologists. He notes too that “Jewish tradition has a deep interest in and appreciation of the human emotion of hatred.”

The next portion of the book is dedicated to what Levy terms the antidote – ‘arevut,‘ the concept of mutual responsibility, and he expounds on this concept in a thorough yet accessible manner. Moving from the abstract to the concrete, Levy offers compelling thoughts on whether the end of exile – the founding of the state of Israel in 1948 – has also meant the end of sinat chinam among the Jewish people.

The last two chapters provide a step-by-step approach for individuals to utilize in preventing new episodes of baseless hatred and in repairing existing ones.

The book has received widespread praise from across the spectrum, including the Chief Rabbi of France Gilles Bernheim, who wrote the preface to the book, and the current Israeli minister of Justice Yaakov Neeman, who said: “Don’t read this book. Study it.”

At a time when the state of Israel is struggling with an internal and often divisive national debate over universal service for all of its citzens, this cogently written and thought-provoking book could not come at a more relevant time. 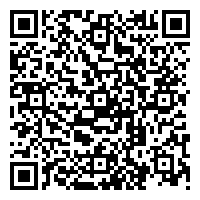