Rabbi Yakov Horowitz, founder and director of Project YES, an organization dedicated to guiding troubled teens, is trying to put himself out of business.

Working on the theory that many teens end up at risk because they don’t succeed academically and slip through the cracks of the educational system, Rabbi Horowitz is attacking the problem at its source, hoping to keep as many children as possible thriving in school with a workbook series aimed at helping a greater percentage of students achieve academic success.

The Bright Beginnings workbook series utilizes a curriculum stressing a visual approach to learning instead of teaching children to memorize lists of words, an approach that according to many studies is far more successful for the majority of the population.

“A very clear pattern emerges when I talk to kids who haven’t succeeded academically,” said Rabbi Horowitz. “The number one reason that kids don’t make it in school is that they never picked up the language required in Judaic studies. It is crucial that they pick up proper skills when they are still young.”

Having taught as an 8th grade rebbe for 15 years, Rabbi Horowitz saw firsthand how many students in the higher grades lacked the vocabulary skills necessary to succeed in Judaic studies. He recalls walking into the local sefarim store in his first year as a teacher and asking for their best Chumash program to use as a teaching aide.

Rabbi Horowitz, menahel of Yeshiva Darchei Noam in Monsey for 14 years where he now serves as dean, has spent the last 12 years devising a Chumash curriculum designed to give students the basic skill set they need to master the language of the Chumash. Teaming up with two talented rebbeim who have taught in the yeshiva – Rabbi Yosef Rawicki and Rabbi Yosef Kitay – Rabbi Horowitz has released the first in what is a planned series of workbooks which will teach not only the skills required to learn Chumash, but Mishnayos and Gemara as well.

Volume 1 of the Bright Beginnings Chumash Workbook tackles parshas Lech Lecha. Words are broken down into shorashim (root words), suffixes and prefixes, with different colors and shapes used to denote nouns and verbs.

“Ninety-three percent of all the words in the Chumash come from just 270 shorashim,“ explained Rabbi Horowitz. “If you teach students the basics, they can learn how to break down words and find their meanings instead of just memorizing endless lists of words, an approach that doesn’t work for so many children.”

Rabbi Betzalel Rudinsky, the current menahel of Darchei Noam, whose five sons attended the yeshiva, praised the approach used to break down the language of the Chumash, saying, “Kids in first grade literally have an understanding of the words that many adults don’t have.”

Dr. Ephraim Book, a Darchei Noam parent, echoed that sentiment and found that reviewing material with his young son provided him with an unexpected benefit.

“I never looked at a pasuk and broke down the words into shorashim. I just recognized them from the past. Now that I am learning with my son this way, I am actually breaking down words in my own learning which helps me tremendously as an adult.”

Rabbi Horowitz hopes that by continuing the series with additional workbooks, not only will teachers save endless hours having to create a curriculum of their own, but also that students will continue learning in a way that comes more naturally to them year after year.

“Try to imagine what it would be like if a school used a different math program in every grade,” said Rabbi Horowitz. “There would be no consistency and every year students would be required to master a different system of learning. The idea here is to create a series of workbooks that will continue the visual learning approach, enabling students to build on the skills they acquire with every passing grade.”

Sandy Eller is a freelance writer who has written for various newspapers, magazines and websites. She has also written song lyrics and scripts for several full-scale productions. She can be contacted at sandyeller1@gmail.com. 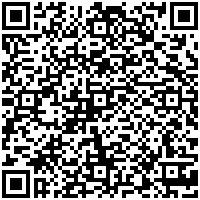