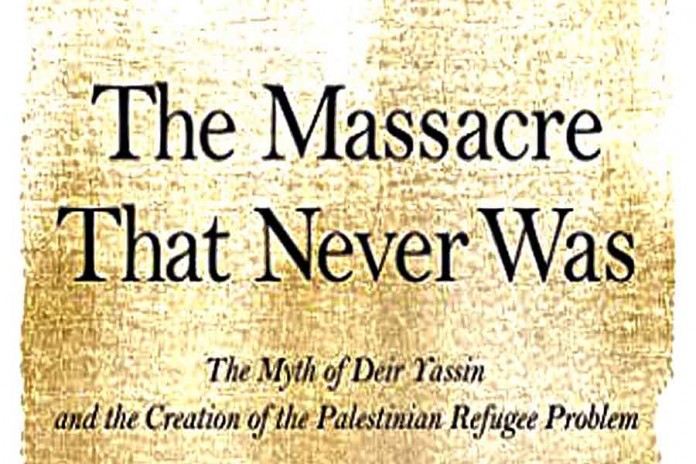 Title: The Massacre That Never Was: The Myth of Deir Yassin and the Creation of the Palestinian Refugee Problem
By Eliezer Tauber
Koren Publishers, 336 pages


When it comes to propaganda, the Arabs have become masters of deceit. To demonize and delegitimize Israel, they attempt to undermine the legal, political and moral justification for the Jewish state by portraying Israel as the obstacle to peace, and a repressive government with no historic or legal claim to the land of Israel or to Jerusalem its capital. To foster Israel’s image as an immoral and illegitimate state, the Arabs created a number of myths. One of the most pernicious is the alleged massacre Israel committed against the villagers of Deir Yassin, ostensibly a peaceful Arab village that lived in harmony with their Jewish neighbors.

On April 19, 1948, the Jews, they claimed, deliberately massacred 254 members of the village as an act of ethnic cleansing. For the Arabs and their supports throughout the world, Deir Yassin has become a rallying cry against the state of Israel. A number of books have sought to dispel this insidious lie. No one has been as successful in achieving this objective as has Professor Eliezer Tauber, a former dean at Bar-Ilan University. Tauber is an expert on the emergence of Arab nationalism, the formation of the Arab states, and the early phases of the Arab-Israeli conflict. He has once and for all systematically, methodically and completely destroyed this myth by proving there never was a massacre.

What makes this study an indispensable and irrefutable resource is that Tauber incorporated the testimonies of Jews and Arabs into one narrative by using an extensive number of testimonies and records from 22 archives (including Israeli, Palestinian Arab, British, American, UN and Red Cross). Many of them had not yet been available to the public. Additionally, there were hundreds of other sources that helped him provide a comprehensive account of the event.

Deir Yassin was located 700 meters southwest of Givat Shaul, and one kilometer west and northwest of Kiryat Moshe, Beit ha-Kerem and Yefe Nof. A group of Jews had bought the land from the villagers of Deir Yassin and Lifta, an Arab village on the outskirts of Jerusalem. Tauber calculated there were about 1,000 inhabitants living in Deir Yassin in 144 houses. Most of the villagers worked in the stone industry, in one the seven stone quarries, since Deir Yassin lands contained high quality limestone.

Deir Yassin “was not the peaceful village many later claimed it to be,” Tauber writes. Relations between the Jews and inhabitants of Deir Yassin, which dated back to 1906, involved Arab thefts and burglaries. Protection money given to the mukhtar (head of the village), bought some temporary relief, until the eve of Word War I depression, when the thefts resumed. In March 1914, the villagers attacked Givat Shaul with guns, robbing and injuring. On Simchat Torah 1927, Arabs from Deir Yassin attacked Jews in Givat Shaul. In August 1929, Arab villagers from Deir Yassin and other villages attacked Jewish neighborhoods in Jerusalem. The Arabs of Deir Yassin played a central role in the assault. An attempt was made to block the Jerusalem-Tel-Aviv road, the city’s only supply route.

During the Arab revolt of 1936-1939, “rebels” from the village murdered Jews in Jewish neighborhoods, leading to the British conducting raids, confiscating weapons, and incarcerating villagers. Some villagers joined the Arab “irregulars” to fight against the Jews. After the UN General Assembly adopted the UN Partition Plan for Palestine on November 29, 1947, the resolution led to “a civil war,” especially in Jerusalem, which was under siege. As a result, Jews were starving and forced to ration their food and weapons.

The village of Deir Yassin controlled four to six kilometers of the road from Jerusalem to Tel Aviv, less than a mile from the Jerusalem suburbs. From December 1947, Arabs began ambushing Jewish convoys and reinforcements to prevent them breaking the siege. Deir Yassin’s “strategic location provided a base for the Arab siege of Jerusalem.” Seizing the village would achieve Jewish continuity in western Jerusalem. To quash the siege, the Haganah launched Operation Nachshon, lasting from April 5-16, 1948.

The Battle of Deir Yassin

Tauber concluded that there was no massacre, which cannot be disputed or challenged, since he traced the exact circumstances of death of each of the Arabs killed, proving for each of them individually that they were not massacred. Instead, he said, there was “a ten-hour fierce battle, in the presence of a significant number of civilians,” which ended in the victory of the Jewish underground military forces of Etzel and Lehi. When the battle concluded, the killing ceased. “I believe that most of those who were killed were among the fighters and the women and children who helped the fighters,” one Arab survivor testified. Moreover, “the Arab villagers were warned in advance to vacate the village. Seven hundred listened and evacuated the village.”

An additional “200 villagers were taken captive and later freed in Arab Jerusalem.” Only 101 Arabs were killed, a quarter of them active combatants and most of the rest in combat conditions,” Tauber said. The Jewish assailants also suffered casualties.

“For psychological warfare considerations, Etzel reported 200 Arabs killed,” he noted, “twice more than the actual number, enthusiastically adopted by the Palestinian leadership in Jerusalem, which increased it to 254 and added rapes and other gender-oriented atrocities.”

Hussein Khalidi, the senior Arab authority in Jerusalem in 1948, asserted, “We must make the most of this.” As his assistant Hazim Nusayba reported in a 1998 interview, Khalidi said, “We should give this the utmost propaganda possible because the Arab countries apparently are not interested in assisting us and we are facing a catastrophe…. So we are forced to give a picture – not what is actually happening – but we had to exaggerate.”

In other words, Tauber adds, “the Arab leadership of 1948 Jerusalem was a main cause for the creation of the Palestinian refugee problem. In accordance with “the rule of al-`ird qabla al-ard (women’s honor before land), the moment the Palestinians heard about rapes they started to leave. Whole families decided to leave. Although tens of thousands of Arabs had left Palestine before the Deir Yassin affair, their numbers dramatically increased after it.” Yet we know there were “no rapes or gender-oriented atrocities,” Tauber asserts.

One refugee survivor summed up the responsibility for fabricating the canard about Deir Yassin, when he said: “Dr Hussein Fakhri Al-Khalidi was the one who caused the catastrophe.” 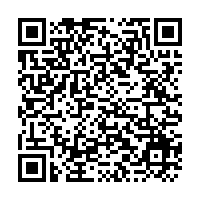