When I heard that The Rabbi of Buchenwald had been published, I was delighted, especially since I knew the book would not be just a tribute to Rabbi Hershel Schacter, but a highly significant, meticulously researched work of critical scholarship. And I was right.

In examining the life of Rabbi Schacter, we learn much about the religious issues confronting Orthodox Jewry, and how he played a role in the dealing with them. His goal was to bring Orthodox Jews and Judaism into the mainstream American Jewish community. Both his successful and failed attempts to achieve this objective make this a compelling work that should be must reading for the entire Jewish community.

Schcater was assigned to the Third Army’s VIII Corps during the Second World War, which entered Buchenwald, near Weimar, on April 11, 1945. Buchenwald was the first and the largest of the Nazis’ concentration camps in Germany. Going from one barracks to the next, he declared in Yiddish, “Sholom Alecheim Yidden, ihr zint frei” (Hello Jews, you are free). He officiated at the first Friday night service after liberation and conducted a seder for the survivors. He established a ḥevra kadisha (burial society) and acquired a plot of land for a Jewish cemetery, organized a list of Jews in the camp and others who came through, set up a mail service and a package program.

He convinced the colonel in charge of civilian affairs that the Jews deserved special consideration and received permission for a group of young people from the camp to set up a kibbutz to prepare them for life in Palestine. With supplies provided by Schacter and another Orthodox chaplain, Rabbi Robert Marcus, “Kibbutz Buchenwald” thrived.

The stirring reunion of Rabbi Schacter with those he liberated will move you to tears. They never forgot him. As one survivor, who was a teenager in 1945 said, “The American Army liberated us physically, but Rabbi Schacter gave us back our souls.”

In addition to Rabbi Schacter’s herculean efforts in Buchenwald, and his decades of communal leadership, he left another legacy—children who continue to follow in his path. His daughter Miriam, a psychotherapist, teaches pastoral counseling to rabbinical students at Yeshivat Chovevei Torah in New York. She is thus helping to prepare the next generation of American rabbis. His son, Rabbi Dr. Jacob J. Schacter, is a distinguished historian of intellectual trends in Orthodox Judaism, and a professor of Jewish History and Jewish Thought and Senior Scholar at the Center for the Jewish Future at Yeshiva University. They carry on their father’s good work by continuing on his path of helping to launch the careers of the next generation of American rabbinical leadership.

There are many professionals in the Jewish community who devote their lives to the welfare of the Jewish people. Most never receive the recognition they deserve. In writing about Rabbi Herschel Schacter, Dr. Medoff has shown us how one man has made an enormous difference in the lives of so many people. 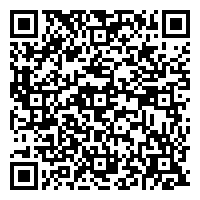