Novelist and movie director Tzvi Fishman knows how to tell a story. Before making aliyah to Israel, he sold four original screenplays to Hollywood, published his first novel with Dell Publishers in New York, and taught dramatic and visual writing at New York University Film School.

Among his many books is the wonderful family-saga, Tevye in the Promised Land, which brings Sholom Aleichem’s famous milkman, Tevye, to the Holy Land to become a pioneer builder. The novel concludes at the end of World War I as British troops, along with Tevye and the Hebrew Brigade, oust the ruling Turks from Palestine. The saga’s new sequel, Arise and Shine!, continues the great Zionist adventure up to the Arab pogroms of 1929.

According to Fishman, the next novel, The Lion’s Roar, in the planned five-book series is soon to follow. The pentalogy, Fishman says, will end with the establishment of Medinat Yisrael and Israel’s War of Independence.

Arise and Shine! is a great joy to read. The book’s main characters are not mere action heroes, but deep ideological thinkers, motivated by the 2,000-year dream of re-establishing the nation of Israel in its Divinely-promised homeland. Like the heroes of ancient Israel, the skillfully-painted characters are larger than life, pulsating with a reborn Jewish valor that remained dormant through centuries of exile in alien lands.

Just as the Jews in the last century underwent a dramatic transformation from being a scattered and helpless people in foreign lands to becoming a powerful, sovereign nation in the Land of Israel, Tevye the Milkman undergoes a similar rebirth in this always gripping adventure as he becomes a fearless freedom fighter, dedicated to liberating the Promised Land from the British.

Interspersed throughout the fast-moving narrative are the poems of Uri Zvi Greenberg and Avraham Stern – founder of Lechi – which sparked a spirit of rebellion among the nation’s youth. An inspiring dose of Rabbi Kook’s enlightening teachings, which recognized G-d’s guiding hand in the historic events of the times, is also to be found. And in the fierce rivalry between David Ben Gurion and Zeev Jabotinsky depicted in this book, the reader will become acquainted with the socialist and Revisionist theories that divided the Zionist camps.

Unexpected romances, and the author’s sense of humor, add spice and richness to this delicious literary chulent. It turns out that the aging Tevye still has the roar and bite of a lion, and as his children and grandchildren grow older, they take the torch of rebellion– and the rifles – from him to battle the Arabs and the British in the fight for Jewish independence, a conflict that eerily resembles Israel’s struggles today, both from without and within.

Unlike the supposedly “official” accounts of the period, documented by historians with clear-cut leftist ideologies, this book’s point-of-view is unabashedly rightest, offering readers a chance to hear the “other side” of the story of Zionism without the distortions and propaganda that pervade textbooks put out by Labor Party governments in Israel.

Although I have studied a fair share of Zionist history, I am saddened to say that my children have only the superficial knowledge that comes with preparing for Israel’s bagrut high-school examinations – a knowledge that is forgotten as fast as it is learned. In Arise and Shine!, the triumphs and tragedies of modern Zionism, with its bold cast of characters, come alive, making the novel a truly “novel” and exciting way to learn about Jewish history. I recommend the book highly.

Tevye in the Promised Land

Tevye in the Promised Land

Tevye in the Promised Land, Chapter Thirty-Nine: Winds of War 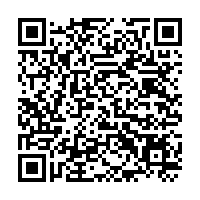