Founded in 1977, Tomchei Shabbos of L.A. has been providing essential Shabbos food packages to thousands of needy Jewish families in the Los Angeles community. Tomchei Shabbos currently has two warehouses. The La Brea warehouse, which services the “city,” moved about a month ago from another location further south on La Brea because the building they occupied was going to be demolished. As rumors indicate that their present location is also set to be demolished, they are already on the lookout for a new location. Moving isn’t a simple feat, as every time they move they need to pack up the food packages and move their walk-in freezer and refrigerator.

Their second location services the “Valley,” situated in the basement and garage of a shul in Valley Village.


I recently volunteered on a Thursday night to help pack at the La Brea area warehouse. My friend and I arrived at 5:45 p.m. and found only Steve Berger, the warehouse manager, his wife Rivkie Berger, and a few volunteers who organize the foodstuffs. But 15 minutes later, the place was teeming with pre-teens, teens, singles, couples, mothers with kids, and fathers with kids. Everyone teamed up with at least one partner to do a specific route, with the food set up on tables surrounding a middle aisle of food products. Volunteers received a list of the items required for the boxes, labeled in code for specific families on their route. You consulted your list, went to the middle aisle to find the food, and selected the amounts you needed. You then rushed back to your table and filled your boxes, making sure that the amounts were correct because couples or families with one or two small children receive different amounts of foodstuffs than larger families.

The scene was reminiscent of a relay race. This specific Thursday night’s boxes had to cover the coming Shabbos, Shavuos, and the Shabbos after Shavuos. This was three times the normal amount of food going out to each family. We filled our boxes with challah, candles, wine, chicken, eggs, milk, fruits, vegetables, salad dressing, blintzes, pasta, pasta sauce, cream cheese, mozzarella cheese, and everything else a family needs to make two Shabbasos and Yom Tov in between. It was surprising that our “job” took only half an hour! The boxes were then placed on dollies, delivered to the loading dock, and put in the cars or vans of the volunteer deliverers from L.A.-area shuls. They deliver their boxes of food with the utmost discretion and care in order to preserve the privacy of the recipient.

Recently, Tomchei Shabbos incorporated several gemachs into their warehouse set up. While one must still call the individual in charge of the gemach for an appointment, now the kallah gowns, simcha floral d?cor and furniture gemachs are all in the Tomchei Shabbos warehouse. In addition, there is a room devoted to new clothing (with the tags still on) for men, women and children. For those in need, men’s wool suits and women’s suits can be purchased for as little as $20 and $ 10, respectively. Prices are even lower for children’s clothing.

There is also a disposable diaper program, with those in need being allowed two boxes per month at $5 per box for diapers that normally sell for $30 a box. Strict records are kept to ensure that the rules are followed.

Tomchei Shabbos has a yearly budget of $2 million. All those who work for Tomchei Shabbos, whether an organizer, administrator, buyer, packer or driver, are volunteers. The organization is entirely supported via the compassion and generosity (i.e. time and financial support) of the Los Angeles Jewish community.

Ramban’s Vision Upon The Mount Of Olives 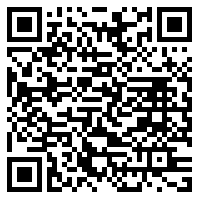