For every Jew alive today, even the most unobservant, it’s necessary to only go a couple of limbs up the family tree to find an observant predecessor. If you peek far enough, sometimes you can find amazingly special people in the family, from famous rabbis to strong matriarchs. For one unassuming family in the cold hinterlands of Alaska, that was just the case.

In Alaska one finds plenty of snow, moose and oil, but few Jews. There are less than 6,000 in the entire state. Half of the Jews live in the city of Anchorage, so when Rabbi Yosef and Esther Greenberg arrived in Alaska in 1991 they set up the Chabad-Lubavitch Jewish Center of Alaska there. Handfuls of Jews also live in remote towns and cities such as Sitka, Kenai, Ketchikan and Kotzubue. Rabbi Greenberg flies to these areas, sometimes in a seaplane, to prepare boys for their bar mitzvahs, put up mezuzahs and teach Jewish classes.

The Greenberg’s annual Chanukah party has always been their most popular event. At the 1993 party, Rabbi Greenberg noticed a new couple among the many familiar faces. He introduced himself and spoke to them for a few minutes but did not expect to see them again.

A few months later the wife called Rabbi Greenberg and asked him if he could train their son for his upcoming bar mitzvah. Their son had never been to Hebrew school and couldn’t read Hebrew. His parents had not even planned for their son to have a bar mitzvah. However the boy’s elderly grandmother from Los Angeles was persistent that her grandson have one, so to make her happy the couple was now turning to Rabbi Greenberg for help in preparing him for it.

Rabbi Greenberg tutored the boy, teaching him Hebrew and training him to say the blessings on the Torah. Finally the Shabbat of his bar mitzvah arrived and the boy’s extended family flew in from all around the country.

The bar mitzvah was beautiful. The boy read the blessings, and Rabbi Greenberg chanted the Torah portion and Haftorah.

During lunch in the synagogue after services, the boy’s grandmother asked for permission to speak. She stood up and explained why it was so important to her for her grandson to have a bar mitzvah.

First she was worried that living in Alaska, her grandson would grow up without a Jewish identity. Therefore she wanted to make sure he would at least have a bar mitzvah.

Second, the grandmother related that she had moved to the United States from Russia many years earlier. She rarely attended synagogue, but fondly remembered receiving a strong Jewish education in her youth. She grew up in the town of Berditchev, and a private teacher came to her house every day to teach her and her siblings Jewish subjects. When Jewish observance was banned after the Russian Revolution of 1917, her religious education ceased.

Why did her parents value Jewish education so much, and why did she push so hard for her grandson to have a bar mitzvah?

“It was very important to me to make this bar mitzvah because of my family tree”, she continued, now looking directly at Rabbi Greenberg. “My family − we come from a big rabbi. Maybe you’ve heard of him. His name was Rabbi Yisrael Ba’al Shem Tov.”

Rabbi Greenberg’s jaw dropped. The Ba’al Shem Tov founded the Chassidic movement in the 1700s, of which Chabad-Lubavitch is a part. Two hundred years later, the Ba’al Shem Tov’s efforts helped provide his descendents in Alaska with an authentic Jewish experience and a point of entry to return to Jewish observance.

In the years since the bar mitzvah, the young man and his family have become more observant. Hashem specifically sent Rabbi Greenberg to Alaska because He knew that the deep relationship between the Ba’al Shem Tov and his student would help his descendents return. Plus, G-d knew that the many merits of the Ba’al Shem Tov would remain in the family and be a spiritual catalyst to bring them back.

“All Jewish children running around the world are the grandchildren of Tzaddikim and Tzadekot,” Rabbi Greenberg said. “If your child or grandchild was going away from Judaism, wouldn’t you fight to get him back? The Baal Shem Tov was crying in heaven.”

Michael Gros is the Chief Operating Officer of the Jewish outreach organization The Atlanta Scholars Kollel. The Teshuva Journey is a monthly column chronicling amazing teshuva journeys and inspiring kiruv tales. To share a story or send other comments, email michaelgros@gmail.com. To receive the column via email or see back issues, visit http://www.michaelgros.com.

‘We Cannot Allow This to Become the New Normal’ 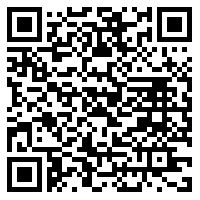