A contingent from COJO Flatbush was on hand as Osceola “Ozzie” Fletcher, a 99-year-old African American World War II veteran who was wounded by German missile fire in 1944, but had not been awarded a Purple Heart until earlier this year, was honored in a special ceremony on Oct. 14 by Congresswoman Yvette Clarke (D-NY).


Fletcher was injured during the historic Battle of Normandy while riding in a vehicle delivering supplies to Allied troops off the coast of France. The car’s driver was killed. Though Fletcher should have received a Purple Heart – the medal awarded to military personnel wounded or killed in combat – black service members were routinely overlooked for commendation at a time when the military was still segregated.

A Brooklyn native and resident of Crown Heights, Fletcher was one of approximately 2,000 African American troops who took part in the Battle of Normandy, which launched the Allied invasion of Nazi-occupied Western Europe on D-Day, June 6, 1944, and marked the beginning of the end for the Nazi regime.

When Fletcher finally received his Purple Heart in June, Gen. James McConville, Army chief of staff, called it “a long overdue tribute for the sacrifices he made to our nation and free people everywhere,” adding, “we are not really giving him anything today. We’re delivering him something he’s been entitled to for almost 77 years.”

Fletcher was presented with a Congressional Proclamation and his many postwar achievements were duly noted. After returning home to the U.S., he worked as a high school teacher, a detective and sergeant for the New York Police Department, and a community relations specialist in the Crime Prevention Division of the Brooklyn District Attorney’s Office.

Fletcher’s daughter Jacqueline Streets, who played a pivotal role in the effort to rectify the decades-old injustice to her father, said that receiving the award “was an amazing weight off his shoulders – to finally be validated, to finally have his story out there. The sad thing is, there are so many more who have the same story and were never acknowledged.” 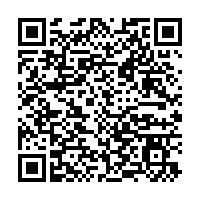