Having placed more than 20 percent of the 300-plus young people who filled an array of summer positions at Maimonides, COJO Flatbush added to its 40-year history of helping prepare a broad cross-section of the city’s young people for their future responsibilities as productive members of the work force.

Following a stirring performance by the NYPD Marching Band, opening remarks were delivered by Maimonides Executive Vice President Douglas Jablon, who has played a major role over the years in the hospital’s Summer Youth Program. Jablon spoke of the inspiration he and his colleagues receive from watching the young workers blossom as they take on their various responsibilities.

Maimonides President and CEO Kenneth Gibbs thanked the summer interns for their hard work and enthusiasm, telling them they “represent the best of what this country is all about,” while keynote speaker Assemblymember Mathylde Frontus noted that the opportunity “to participate in all aspects of the day-to-day operations here at a very busy hospital” would serve them well: “Whether you work on the business side, whether you’re working with patients or whether you are doing research and support, this is exactly the kind of experience that you’re going to want to highlight on your resume.”

After the ceremony, COJO’s Mordechai Kruger said that SYEP participants at Maimonides and dozens of other service and business venues are a source of pride not only to themselves and their families but to the entire city, with “each and every one a guarantor of New York’s continued vibrancy and vitality.” 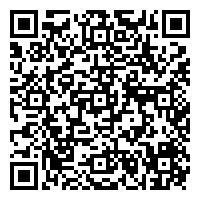