Governor Andrew Cuomo on Monday took aim at a Jewish overnight camp, Camp Hikon, designed to only admit campers and staff who have not been vaccinated for Covid-19. Cuomo said this is wrong because it is against state policy.

“We can’t be in a situation where we’re full throated, encouraging people to get a vaccine and then have people saying, if you get a vaccine you can’t participate in this activity,” said Cuomo. “I understand the anti-vaccine argument. In my opinion, there is no science to it. There is no science to it. You can have a theory. You can have a belief, but you can’t use that to make public policy without science and without data.”

Cuomo also said he wants to propose legislation “that says you can’t discriminate against the person who has a vaccine.”

When Camp Director Naftali Schwartz was informed about this by The Jewish Press moments after Cuomo’s news conference, Schwartz’s reaction was, “Holy smoke. Obviously this is going to throw a monkey wrench into our plans. I’m speechless. I’m shocked and dismayed.”

Schwartz told The Jewish Press, “I didn’t realize that when you try to avoid infection that’s considered discrimination. I’m used to thinking of discrimination as a social thing not as a medical thing.”

Then Schwartz said he’s leaving for greener pastures and a friendlier environment.

“Changing to a different state is what’s really required at this point,” Schwartz said. “The same way it would be irresponsible for me to accept a vaccinated camper in an unvaccinated camp it also would be, at this point, to open a camp in New York state. I am looking for property in other states to make this camp a reality. I’m scrambling for solutions now wherever I can find them.”

Schwartz said he received another blow to his push to bring this camp to reality. Mishpacha and Ami magazines have pulled his ads from their publications.

Schwartz also faced obstacles getting the proper permits in Sullivan County where the camp was originally going to be located.

“It was always a little bit dicey getting the permits because you’re really supposed to start 60 days before you open. We’re sort of a little bit late. At this point I think it’s silly to pursue any of that,” Schwartz said.

Residents from Israel and Toronto have expressed interest in attending the camp, which costs close to $30,000 for the nine-week summer camp, according to publicity from the organization. Schwartz said a camper who attends all nine weeks gets a 10% discount, bringing the cost to $27,000. He said he is expecting to enroll 100 campers, all boys, aged 8 to 18 and counselors in their 20s.

Schwartz wants to train the younger generation how to survive without the creature comforts of modern technology and conveniences.

“This camp promotes preparedness, awareness of various political issues that have become more serious over time. The people who get vaccines tend to minimize those things and tend not to consider them that important. Therefore, this camp is not of any importance to them. To those who consider these changing times to be a fit of some sort then they very much do want to be in this camp so that they can prepare themselves. Because I’m trying to train children who want to know more about what to do in certain crises situations it just turns out that the kids I will be teaching are generally unvaccinated and they come from those sorts of families,” Schwartz added.

Schwartz, 53, who has a doom and gloom scenario for his camp, sponsored an advertisement in the form of an editorial (known as an advertorial) in The Yeshiva World News stating what he hopes to teach the campers:

“First, enhanced memory skills will be critical in a world in which technology suddenly ceases to operate, as recently happened in Puerto Rico and Texas.

“Second, our youth must learn how to be part of a cohesive group. As nations decline, government power will fade and lawlessness will proliferate. People will have to learn to look to their local group for protection.

“Third, we have to teach where food comes from. Commercial food is not always the best choice even when available, and it will most assuredly not be, thanks to the fragility or our complex global supply chains in an increasingly unstable world. Of course, stocking up on canned goods is a start, but it’s critical to know how food is prepared and preserved.

“Fourth, the ongoing assault on the environment and the proliferation of climate refugees implies that it should no longer be expected that people will remain settled in their communities for decades, but must be prepared to be on the move. We must be light on our feet as well as being light on the land. This best way to accomplish this is using the natural building techniques of our ancestors and sourcing mostly local materials found onsite.”

The food will be under the hashgacha of Rav Shmuel Fishelis, from MTJ, according to Schwartz. The dairy food will be Cholov Yisroel, except for the organic butter.

Schwartz told The Jewish Press, “I do want to raise the issue of preparedness in the Jewish community because I think that the Christian community does take the issue seriously and the Jewish community does not. Whether you believe in vaccines or don’t, the issue of preparedness going forward is going to become much, much more important. I want to do some outreach and convince people that these are things that have to be given proper attention. I hope we are successful to open a boys division now.”

A resident of the Midwood section of Brooklyn, Schwartz, a congregant of Congregation Kehal Premishlan, A Bobov shul in Midwood, said his focus on defeating Covid-19 is with vitamins and prophylactics.

There is one loophole in Schwartz’s anti-vaccine theory. If a camper had an infusion of the drug Remdisivir, which provides anti-bodies to fight Covid-19, “I would have no problem welcoming them,” he said.

Schwartz is joined in this effort by his nephew, Avi Schwartz, a health coach focusing on natural dietary immunity and Joseph Sacks a licensed social worker who focuses his curriculum on natural resilience. The Torah program at the camp program is expected to focus on critical sustainability, self-sufficiency and social skills. Courses in Halacha, Mishna and Tanach with a special emphasis on enhancing memory skills will also be part of the program. 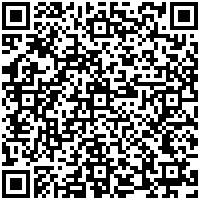