Though no explanations were given, much unofficial speculation has been offered. There is still anger over a speech given in Jerusalem by the Belzer Rebbe on Motzaei Shemini Atzeres/Simchas Torah 1981, shortly after the passing of the Divrei Yoel. The Belzer Rebbe was 33 years old at the time and had been serving as Belzer Rebbe since 1966.

Childless for several years after their marriage, the Belzer Rebbe and Rebbetzin visited the United States to seek the blessing of the Divrei Yoel and, presumably, to seek medical assistance. In 1975 they had a son, Aaron Mordechai, their only child. The two names are in honor of the child’s great-uncle, Rabbi Aaron Rokeach, zt”l (1880-1957), fourth Belzer Rebbe, as well as of the child’s grandfather, Rabbi Mordechai Twersky, zt”l (1902-1949) Bilgorayer Rav.

In 1981, the Belzer kehilla established its own beis din and kashrus certification. In effect, the Belzer kehilla seceded from the Eidah Hacharedis of Jerusalem, which was then a coalition of Toldos Aaron (today Toldos Aaron and Toldos Avrohom Yitzchok), Satmar, Dushinsky, etc. The move toward independence on the part of Belz and its then-realignment with the Agudah, Ger, Vishnitz, etc., was loudly condemned.

The Divrei Yoel passed away on Sunday, August 19, 1979. In addition to serving as Satmar Rebbe, he also served as chief rabbi and president of the Eidah Hacharedis. The Beirach Moshe, as nephew, Sigeter Rav, and obvious successor, was not anointed as Satmar Rebbe until months later. In addition, until the first yahrzeit the Sigeter Rav chose to be called the Satmar-Sigeter Rebbe.

Reportedly, the Belzer Rebbe has long sought to reconcile with his brother-in-law, Rabbi Aaron Teitelbaum, Satmar Rebbe. They are sons-in-law of the aging Bnei Brak Vishnitzer Rebbe, as is Rabbi Dovid Twersky, Skverer Rebbe. The old adage applies here: Those that know are not speaking, and those who are speaking do not necessarily know. Some are hinting that the Satmar Rebbe welcomes the Belzer Rebbe’s current outreach but declined to reciprocate until forgiveness was asked of the Divrei Yoel and the Beirach Moshe in accordance with the Shulchan Aruch.

Now that the Belzer Rebbe has formally, in adherence with Shulchan Aruch guidelines, asked forgiveness, many speculate that the Satmar Rebbe, who will be visiting Israel shortly, will openly meet with the Belzer Rebbe. Others maintain that Satmar will not warmly embrace Belz but will grant the same ceremonious cordiality as is given to Vishnitz, Ger, Modzitz, Boyan, etc. 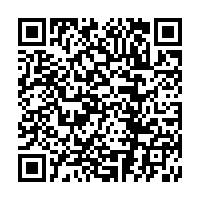