The Chaya Aydel Seminary has added the study of Hemshech Ayin Beis to its curriculum. Hemshech Ayin Beis is a lengthy series of discourses from the Rebbe Rashab. This past Shavuos marked 100th years since this series of maamorim began in the city of Lubavitch by the Rebbe Rashab, the fifth Lubavitcher Rebbe, Rabbi Sholom Ber Schneersohn (1860-1920).

Rabbi Yossy Lebovics, principal of the seminary since its inception in 2002, announced that “When it comes to pnimiyus haTorah (the inner teachings of Torah), girls and women have the same obligation as boys and men, to study subjects which pertain to the love and fear of Hashem.”


Rabbi Raphael Tennenhaus, Chaya Aydel dean and executive vice president of Chabad of South Broward, noted that at the end of the current school year the seminary “has had a taste” of this intriguing subject. In the upcoming seminary year, Ayin Beis will be studied for forty-five minutes each week as an additional class in the curriculum of chassidus.

Florida’s only Jewish teachers seminary, located in Hallandale, covers a wide range of subjects including Talmud, halacha, educational psychology and Tanya. Students, who come from around the world, are graduates of the finest Jewish high schools.

For more information on the Chaya Aydel Seminary, log on to Chayaaydelsem.com. 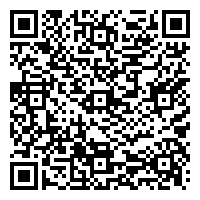