Life has many twists and turns. The roller-coaster ride is often bewildering. Are the trials we face just chance occurrences or are they engineered? Is our existence divinely inspired or a random throw of dice? What is our role and how is it to be handled?

Former Broward sheriff’s deputy Maury Hernandez was shot in the head five years ago while making a routine traffic stop. Hernandez made a miraculous recovery after spending weeks in a coma. One can imagine how transformed Hernandez would be by his experience. After all, he received a literal second chance.


His assailant was charged with attempted murder of a law enforcement officer. The case was tried in a local courtroom. The shooter was sentenced to life in prison.

Last week Hernandez was again in court, but for a different reason. He was charged with felony battery. He allegedly choked his wife in a fight.

The arrest form reports that she had bruising and scratches on her neck. The altercation was supposedly about arrangements regarding a Valentine’s Day outing. Hernandez was released on bond and ordered to stay away.

Malala Yousefzai, a Pakistani schoolgirl, was also shot in the head. Last October the youngster was sitting in a van, waiting to go home after a day in school. She was targeted by a Taliban gunman. He was angry because she had advocated for education of females.

Yousefzai was badly wounded. Her eyesight, hearing, walking and talking were affected. She is slowly recovering after several surgeries and months of rehabilitation.

The now 15 year-old is in England for medical treatment. She is determined to return home and continue her quest. She recently held a press conference. She attributed her remarkable recovery to the prayers of her many well-wishers.

Malala Yousefzai vowed to rededicate herself to the cause and said she is ready to sacrifice herself again. She is aware that she was given another chance, and she wishes to use it well. The Taliban has threatened her life if she continues in her mission.

There are many instances of second chances that are given to us all. Not all of them involve a medical crisis, but they all require our attention. We can choose to take a difficult experience and use it as a catalyst for positive change or growth. We can also use a tough time to give ourselves permission to be angry or bitter or act out in negative ways.

Perhaps the very worst reaction is no reaction at all. The inability to be introspective after a life-altering incident removes all potential to use the occurrence for the good.

Maury Hernandez and Malala Yousefzai are exceptional. Most people are never shot in the head. However, all of us, at different times in our lives, experience a powerful blast that we never anticipated.

Our job is to hold on through the bumpy ride and use our experiences for the good. 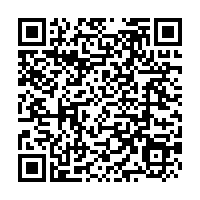